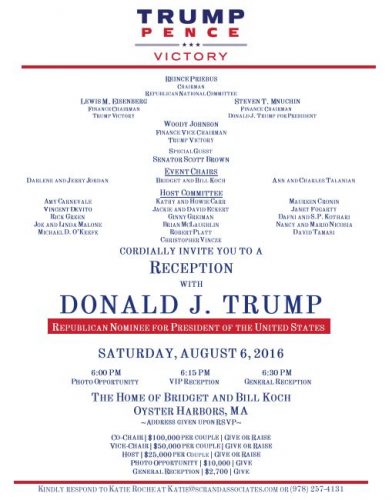 It’s a bad habit, but I reach for my phone as soon as I awake to check email.

I was surprised to get an invitation to a Trump-Pence fundraiser. See above.

And, I realized that I too have the right to free speech. So, I wrote back a very honest but polite email, which essentially said: I will never vote for Trump.

On another note, it cannot be good for the GOP that an email for an event on August 6 went out on August 5. Even worse, the NY Times’ current forecast has the odds of a Trump win at 20%.

2 thoughts on “A Friday Surprise”