Arthur Brooks is teaching a great deal about happiness: at HBS and HKS, as a regular columnist for The Atlantic, and via a podcast (it is great!). He says that if you summarize thousands of social science studies, happiness is a function of three things: friends and family, faith (religion or a coherent life philosophy), and work. On the last facet, he says that people are happier if they feel work is a meritocracy and involves deep meaning. It’s about work that offers a sense of mission.

When is work a Mission?

I think David Swensen, who passed away a few weeks ago, answered that question with his very life. Dave was the head of the Yale endowment and posted the best numbers over a multi-decade period. He created “The Yale Model,” which embraced then-contrarian thinking about alternative asset classes such as venture capital. Dave also taught undergraduates at the college. I was fortunate to take one of his classes in 1988, before he was famous and just a few years into his tenure at the endowment. He was a young instructor who wore nice suits and had the shiniest loafers I had ever seen.

Why would Dave leave Wall Street to take a pay cut and come to Yale? It was a mystery to my still-adolescent-like brain back then. Over the years, Dave’s stature in the industry grew, and I read each of his books as it was published. I watched some interviews of him, in which he talked about values, integrity, and mission.

Over the decades, other endowment heads left to take extremely lucrative jobs in the private sector. Although Dave had the best numbers and was the lead figure in his field, he never did. Why? He told me that he loved being around students too much and that he loved teaching.

Dave also loved being a coach. Rather than being upset if someone left for a new job to compete with him, he supported that person. 15 former members of Dave’s team are now at the endowments at Princeton, MIT, Stanford, the University of Pennsylvania, the Rockefeller Foundation, Wesleyan University, and Bowdoin College. 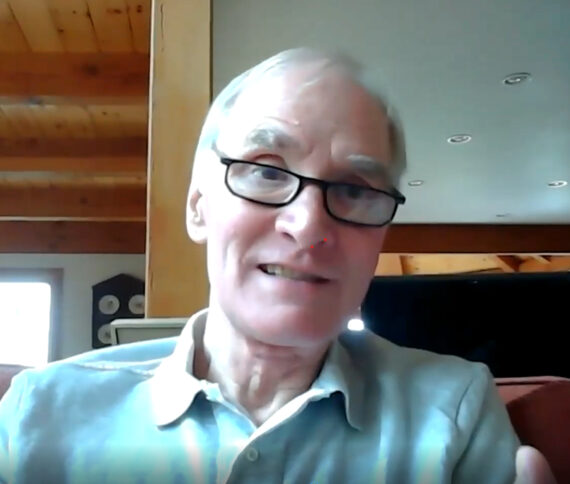 Last fall, he was kind enough to Zoom in for, and guest-speak at, one my classes (course overview here). I was amazed that he remembered me, and I really enjoyed the time with him as we prepped for the class. Thereafter, we spent more time together when I was fortunate enough to be on the writing team that updated the HBS case on the Yale Investments Office.

If anything, Dave was clear about his values, he lived them concretely, and he pushed others to do the right thing. In this very moving article, here are some of the descriptions of Dave that caught my eye:

His commitment to ethical action in work and life.

He set the highest standard of honesty and ethical behavior for himself, and he expected this of all our staff and investment partners.

It was a sad day when I learned that Dave had passed away. He truly was Mission-driven.

Coincidentally, a few hours after reading the news about Dave’s death, I received a gift in the mail from my students. It’s a landing net for fly fishing and had an engraving on the handle. What a surprise and a joy! Truth be told, I was very lucky last fall, as I feel I was given the best students. We all still keep in touch via WhatsApp. The students mean a ton to me. Their resilience and optimism sustained me during the darker days of the pandemic, and I will never forget them.

I never thought I would be an educator. It is only now that I realize its importance. Dave inspired me to be a better investor and a better human being and that doing well while doing good should be a goal in my life. And I try to proclaim that same message to my students.

I won’t ever use that fishing net. I don’t want to damage or lose it. Instead, it sits near my fly-tying bench. In the quiet times in the coming days and, particularly during my twilight years, I will look at that net and feel grateful again for the VCPE 2020 students. I told them a bit ago that I believed that they are special. I asked them to see the brokenness in a world needing heroes who can lead with character and lift up others. “We need heroes,” I told them. “Why not you?” For my money, they are and will be.

A friend told me that it didn’t seem like coincidence that I received the gift on the same day that I learned of Dave’s death. The thought did cross my mind, too. Whether it was a fluke of timing or something else at work, I feel so lucky that I got to know Dave a wee bit. And, I’m very grateful for my students, who now have graduated and are spreading out across the globe to do things that matter.

Happy graduation to the Class of 2021! A safe and restorative Memorial Day weekend to all…. 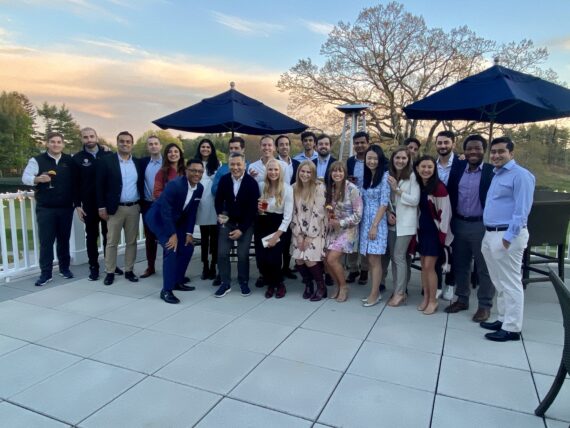