When the headlines about Ferguson and Eric Garner’s choke-hold death keep proliferating, I just want to fish and pray/hope/wish all the best for the survivors as well as for the policemen involved.

I fished an unfamiliar stretch of a river that is new to me. The water is gin-clear and shallow, and the trout are very finicky. I’ve fished this river once before. It was frustrating and humbling. But, I wanted to see if I could crack the code on this body of water.

It was a grey morning. The trees were stripped of their leaves, the birds have fled south, and the scenery was sparse and stark and silent. Winter, with its cold beauty, was entreating all around.

I waded into the river and started casting over and over. Nothing. I kept going, for hours, trying different approaches and flies. Still nothing. Then, I tied on the smallest fly I had on me. As you can see in the above photo, small flies are darn small. They’re tough to make, too, as they’re tiny.

Suddenly, I started to land fish. The largest was a bruiser, measuring 20-inches long and had a gut like Homer Simpson’s. A true catch, a fine catch. You’d think the best fly would be the largest and most colorful. Nope, it was the smallest and one of the most plain.

I caught others and landed ten in all. I happened to have my phone on me by accident and took a picture of one of the smaller fish (see below). 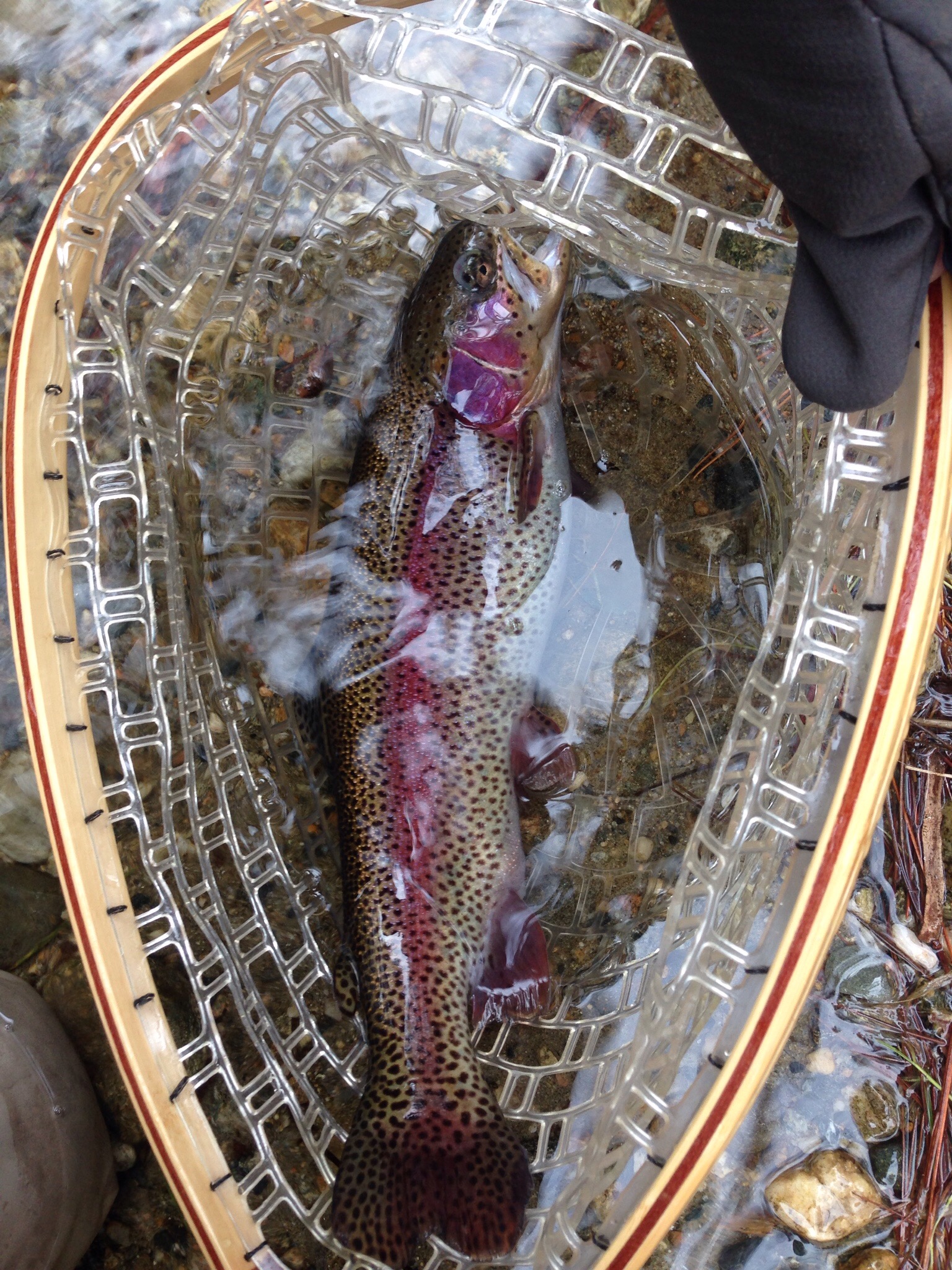 Trout behavior is often a mystery to me. You can cast various flies and get nearly nothing. Then, suddenly, the fish are turned on to something new that you’re trying.

And, each stretch of every river is different from the other. And, if you go back to that previous stretch where you had success, you’ll find that either the fish aren’t there, or they’re no longer interested in what was of high-interest the previous time.

Fly fishing really is a test of creativity, persistence, and a willingness to go out and fail to catch. There’s a life lesson in there somewhere. At least, for me.

A good Sunday to you all. I’m grateful for the chance to get on the water….

One thought on “Life Lessons for Me”