High in the Italian Alps, most people are Germanic, and a lone road winds up the mountains. You're next to Austria, and this area became a part of Italy only after WWI. It is the northern-most area in Italy.

A thing about biking through alpine ski towns is that, the further up you go, the quieter it becomes. Few people go up in the summer. Soon, it is just you and the sound of bike tires on the road. At times, there is the soothing sound of moving water from glacier-fed brooks.

Near the town of Predoi Prettau is our destination. It is about 5,000 ft. high in elevation and has a population of 570. There is a church up there called St. Peter's, which is the last destination in a 50-mile biking loop. We are hoping to grind our way to there.

It is a punishing climb, and we walk our bikes the last and extremely steep 200 meters. I am almost out of water. The view is simply arresting when you get to the top, legs weak and shirts soaking with sweat. 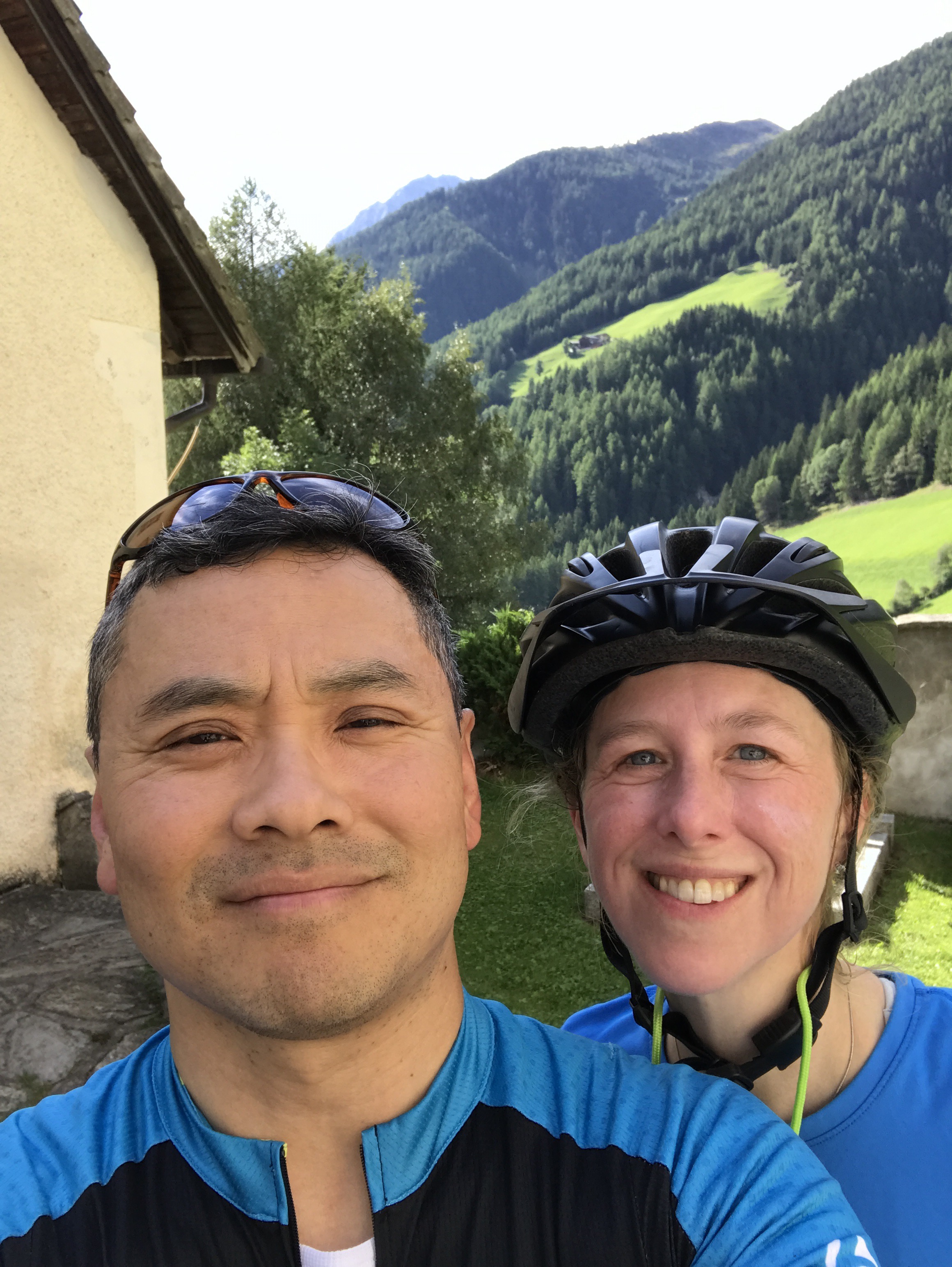 We decide to linger.

You can open the gate to the church grounds and enter. You're surprised to see this. 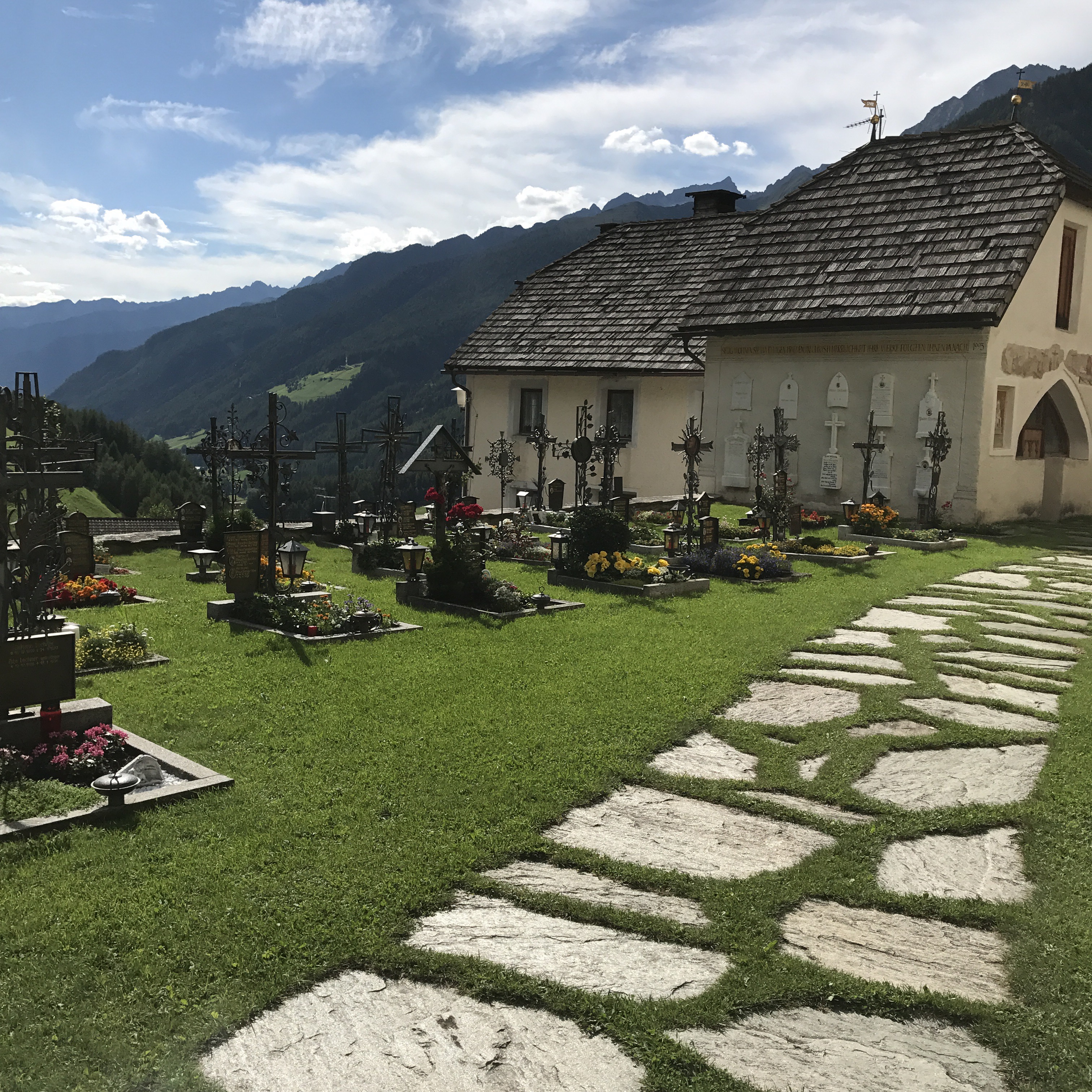 A set of perfectly manicured grave plots, each of which has a cross, flowers and photos of departed loved ones. None of this was visible from the road.

The church itself is very small and cozy. It makes you wonder what it is like to grow up in a very small town in the Alps. 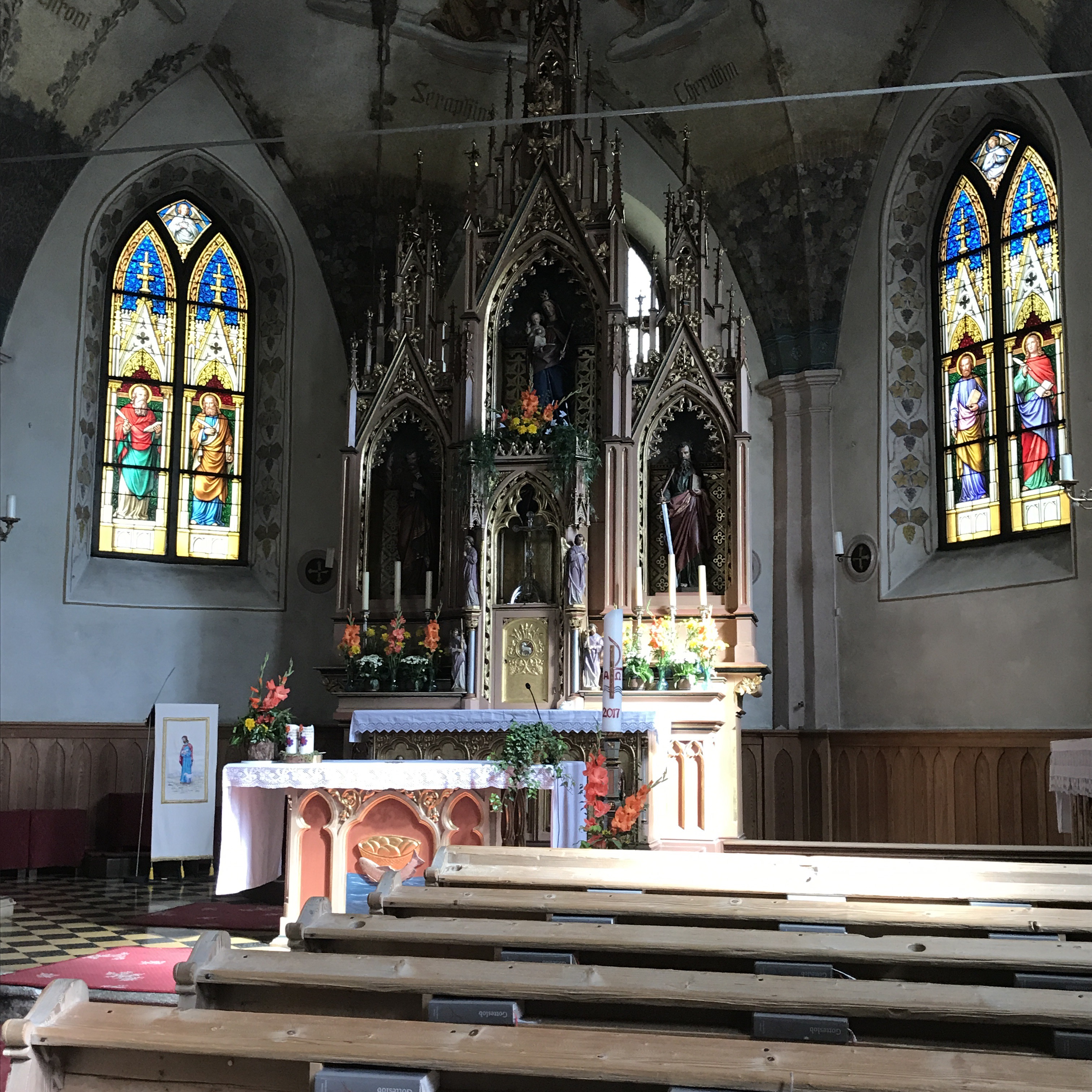 Next to the front door, you're surprised to find a war memorial. It lists all of the villagers who died in WWI and WWII. If known, it lists where they died. 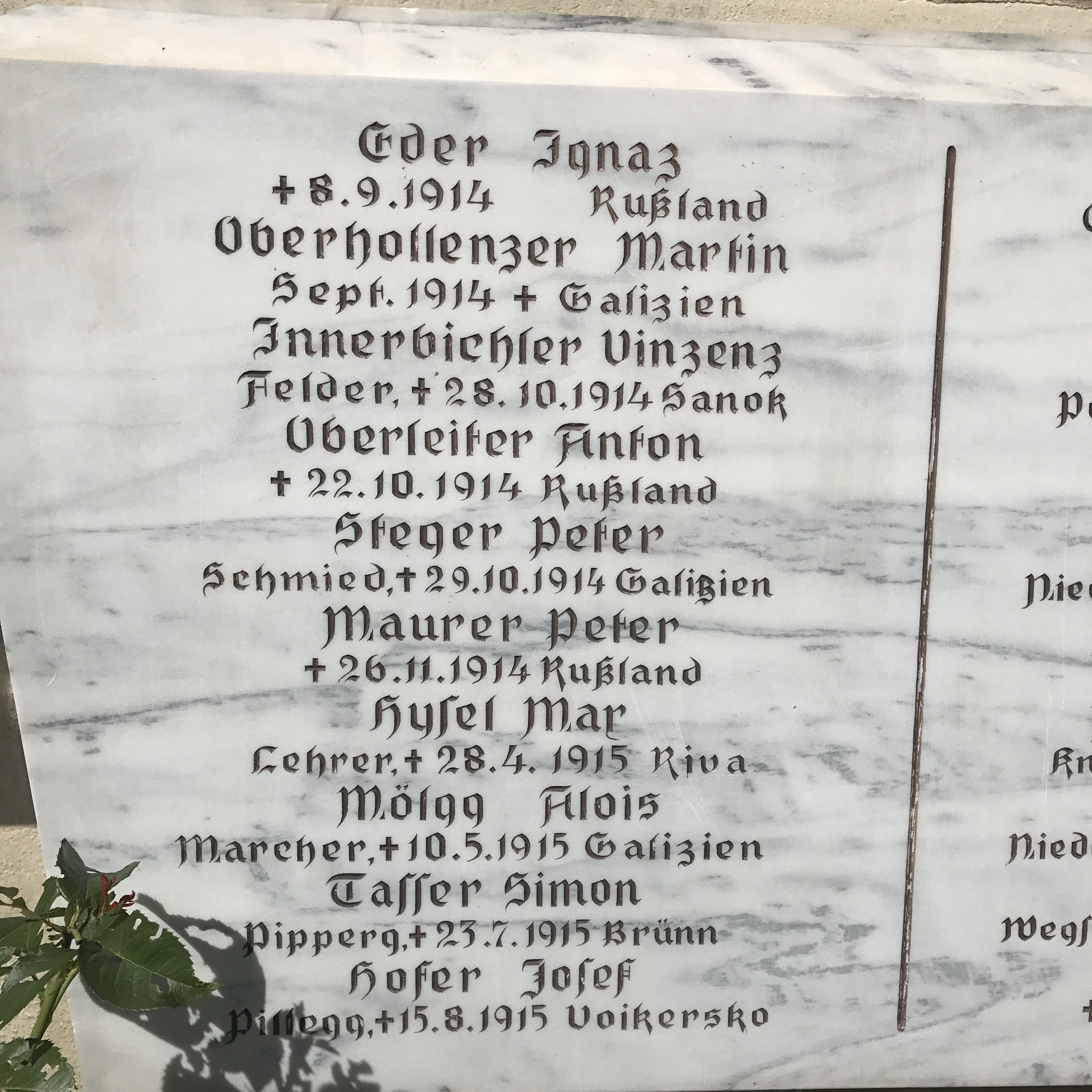 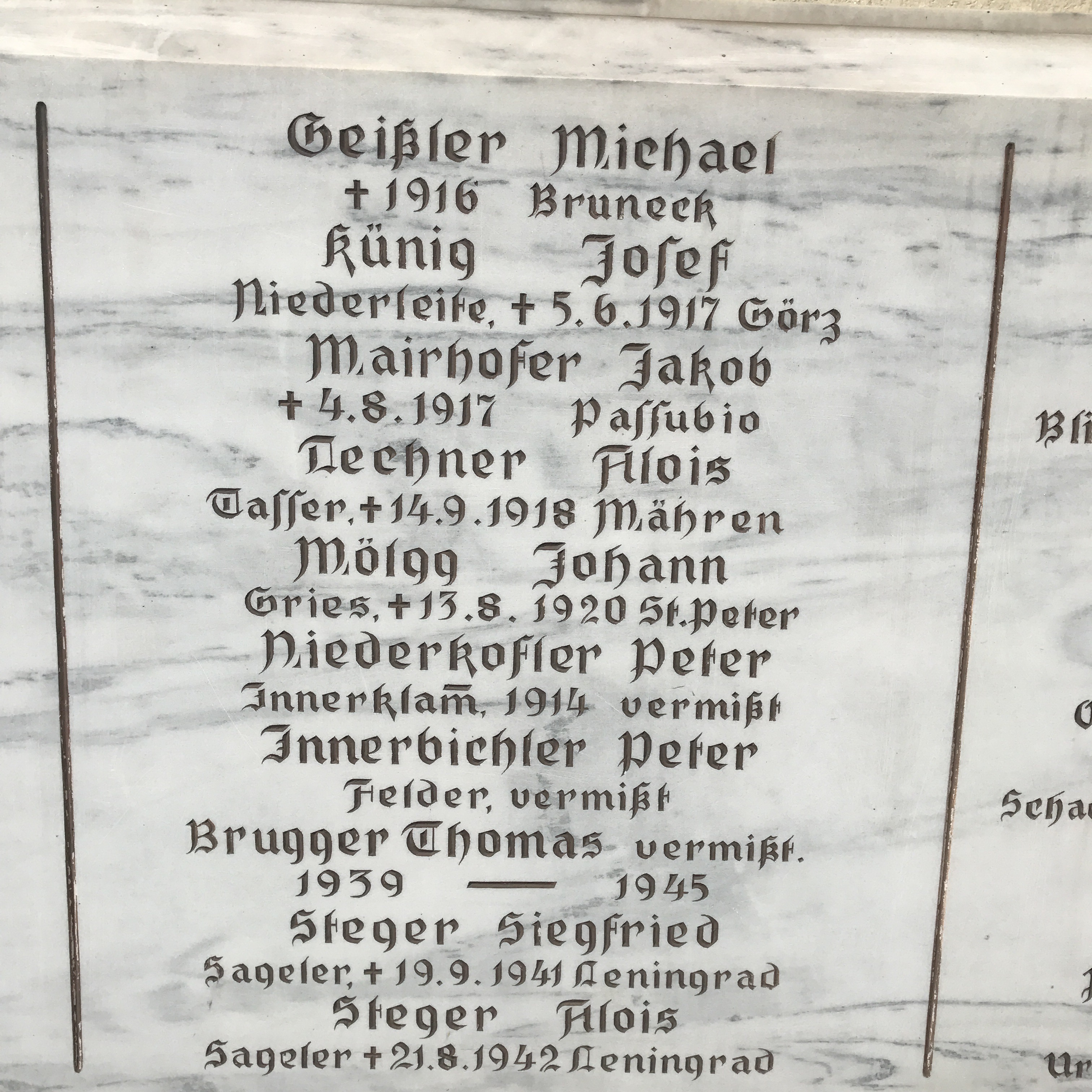 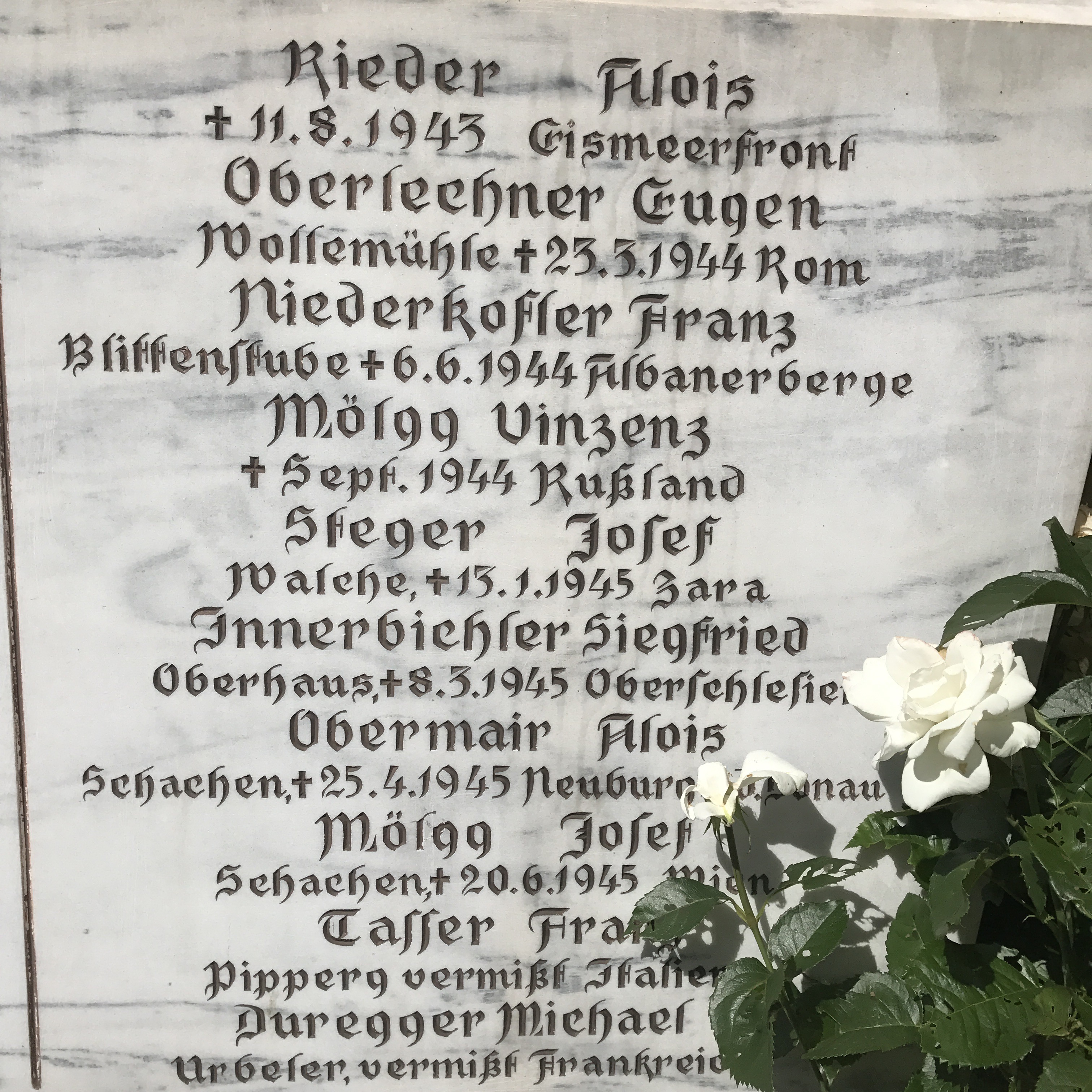 Some of the family names repeat. Were they brothers or cousins? Did a father die in one war and a son die in the next?

Were they drafted or did they volunteer? Were some devoted Nazis or just villagers caught in a big war that overwhelmed the continent? I would like to think the latter.

An elderly lady from the village comes and goes. It is interesting to think of children and grandchildren tending to their ancestors' graves.

Few members of our cycling group did this stretch. We find later that we were the only ones to see the cemetery and memorial. I searched online and couldn't find any information about the graves or memorial.

So, we saw a glimpse of something special. It seemed almost too private to be there.

Those two wars were devastating.

In this part of Europe, you often hear about the last war. There are only a few ways through the Alps. Those towns and cities along invasion routes saw much fighting and bombing.

On this trip, almost casually, locals mentioned the impact of the war. Munich was 96 percent destroyed. Bolzano in Italy was almost fully razed. The key train station at Lienz, Austria, was bombed, but many American bombs missed the target.

It is no wonder that many Europeans are leery of wars. There are many memories and memorials to remind them.

There must be untold thousands of small villages all over Europe, each of which with its own private memorial, like the one we saw.