I’ve been thinking a lot about racism for two reasons.

First, Mrs. T. and two of our children went down to Washington DC for spring break. At one point, they were walking around town, and an older person muttered loudly, “They train those little Orientals for war from a young age.”

It’s an interesting comment because my children are ½ Asian, but I supposed they looked “Asian enough” to draw a response. It’s interesting because our family in Indonesia suffered much during World War II, when Japan invaded. In other words, I’m from a country that was a victim in the war, not an aggressor.

So, as we all know racism today is alive and well.

Second, some articles about Senate candidate Elizabeth Warren have caught my eye (one is here). She for nine years listed herself as a Native American in trade directories used to find diversity candidates, during a time when law schools were under pressure to hire more minorities.

She was hired at Harvard Law School. There, she was the only member of the faculty not from a selective law school.

Warren might be 1/32 Cherokee, but that relative isn’t registered as a Native American in the Dawes Rolls, which closed a century ago and are used to adjudicate who today can be a citizen of an American Indian tribe.

I’ve uploaded a picture of Warren. 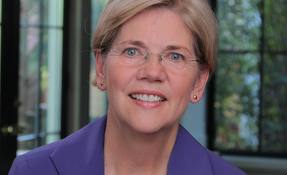 She lives in a multi-million dollar home. After never once mentioning her heritage during her campaign (a local Boston paper revealed her directory listing), she now says she listed herself as a minority in order to meet friends to be “invited to a luncheon.”

Hard not to shake your head at that one.

So, I write all this because I’m frankly struggling. Racism is wrong, and we need to help those who are from groups that were put at a severe disadvantage.

But what system is fair:

If anyone has thoughts on this, I’m all ears.