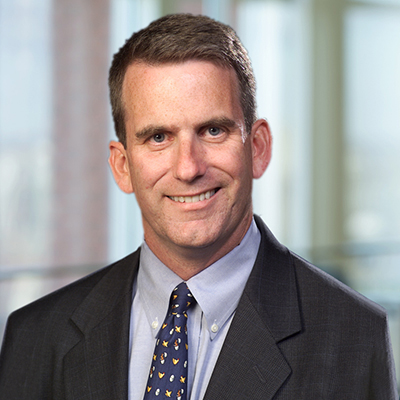 I had heard about Joe Trustey long before I met him. Notre Dame graduate. Captain in the U.S. Army. Baker Scholar at Harvard Business School. A great sense of humor.

I was a young plebe at Bain & Company. Joe sat near one of my roommates, who had long declared Joe “a cool dude.” My roommate introduced me to Joe.

“Hi, ‘Phat,” he said, a play on my name “Josaphat.” He gave nicknames to everyone.

We had an instant and very good relationship from then on. It’s hard to explain. We never worked together, but Joe became a friend and a mentor. We had a lot in common. I really liked him. I really respected him. He was one of those genuine, good-hearted, insanely-smart, and funny executives.

I still remember the day when his young bride and newborn son visited Joe at the office. “I want a life like that,” I thought to myself. Joe looked so tired but joyful at the same time.

He left Bain and joined Summit Partners. We kept in touch. Joe rose through the ranks, became a partner, and later, COO of Summit. No surprise there. The practical jokes he engineered there are legendary.

In each case, he replied to my emails within minutes. And, he’d call me soon thereafter.

Joe always had great advice. No B.S., told it like it was. Very gracious. When I wanted to do due diligence on the VC firm that wanted to hire me, he connected me with the head of private equity at the Harvard endowment, to get that person’s point of view. No hesitation.

A few years ago, I saw Summit mentioned in the news and reached out to Joe. I told him it would be great to meet up. “Sure thing, ‘Phat,” he wrote back. We met in his spacious corner office. He was the same guy: irreverent and humble at the same time.

“How can I help you?” he asked, after we settled in.

“Nothing really,” I said, “I just wanted to say hello, purely social.” Joe looked touched when I said that.

That’s how I always want to remember Joe.

I’m writing this because I learned today that Joe and one of his children unfortunately passed away in a plane crash (more here). I’m not embarrassed to say that I shed a few tears right away. I suspect there will be others.

Joe Trustey, you really are one of The Good Guys. I feel privileged to call you my friend and a mentor. You are missed.

Not surprised by this quote in a very good newspaper article, which appeared on the front of Sunday’s Boston Globe:

Often, though, he was “a quiet philanthropist,” his wife said. Hearing that an intern at Summit Partners couldn’t afford college, he arranged on her last day to fund her education, working through an intermediary. At the University of Notre Dame, his alma mater and which oldest daughter Caroline now attends, Mr. Trustey heard some students couldn’t afford to visit family for the Christmas holidays. He paid their fares anonymously through the school, his wife recalled, adding: “He said, ‘I don’t want anybody to not be able to go home.’ ”