It was just a half-day. But, there is something amazing about being at a river during the first snowfall of the year.

The first snowflake or two comes down, and, soon, a constellation of brethren thereafter.

There was almost no one else fishing a very long river today. I suppose that only the crazies fish during a winter storm warning.

It is a true gift to be alone while fishing. You have your pick of spots. The fish have not been harassed by others. You have a whole river from which to choose. And, today, there were large and pillowy snowflakes all around.

Serendipitously, I ran into a friend. We fished together for a bit and had some laughs. He’s a great guy, and I learned a ton from him. Then, we parted ways, and, it was just the river and I once again.

When the water is cold and the snow is coming, fishing is doable, but, catching is another thing. Today, only two fish made it to the net. However, one was 16.5.” Stunning spots. They were eating tiny bugs, called Caddis Pupae.

I ended early to get back home. More photos and a video below. 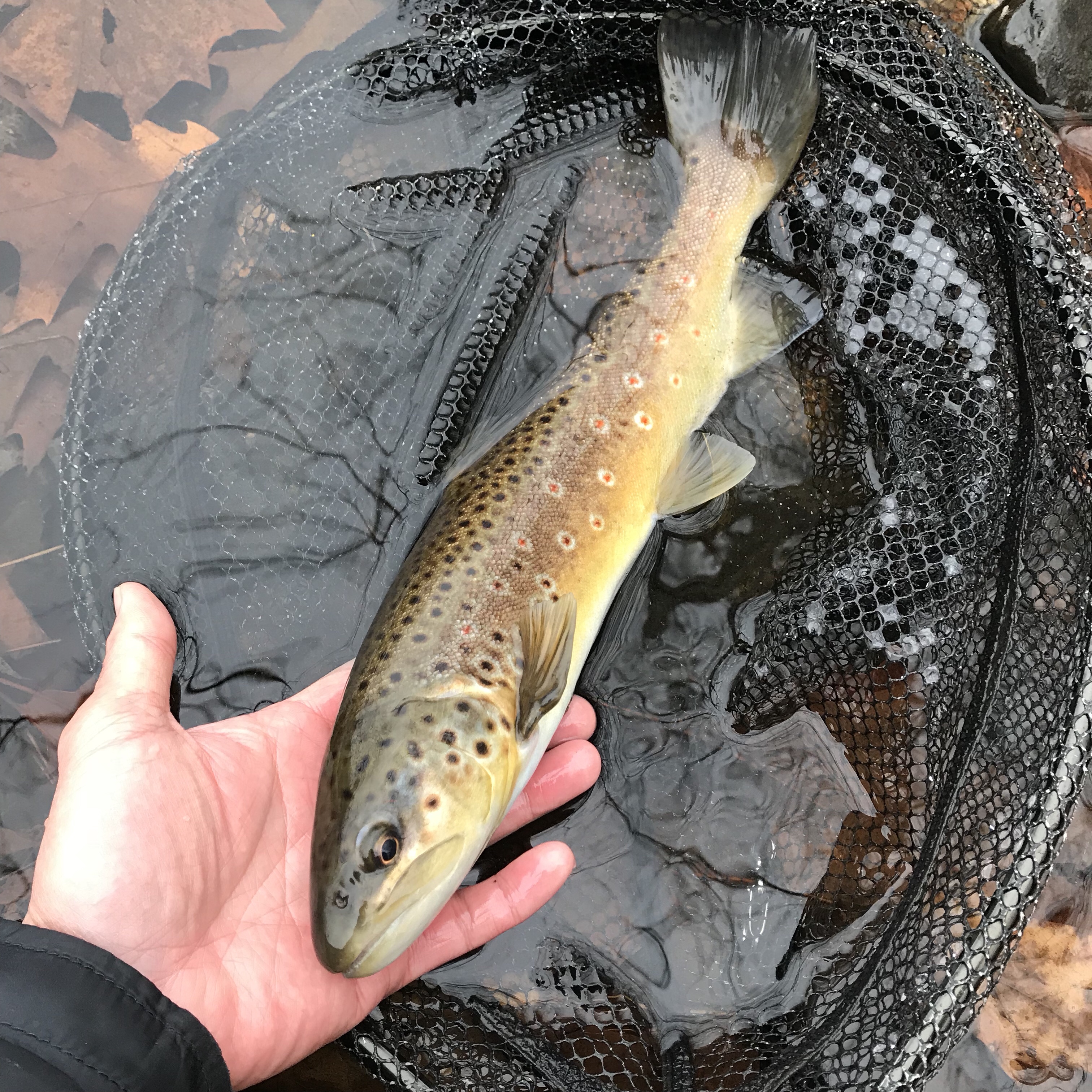 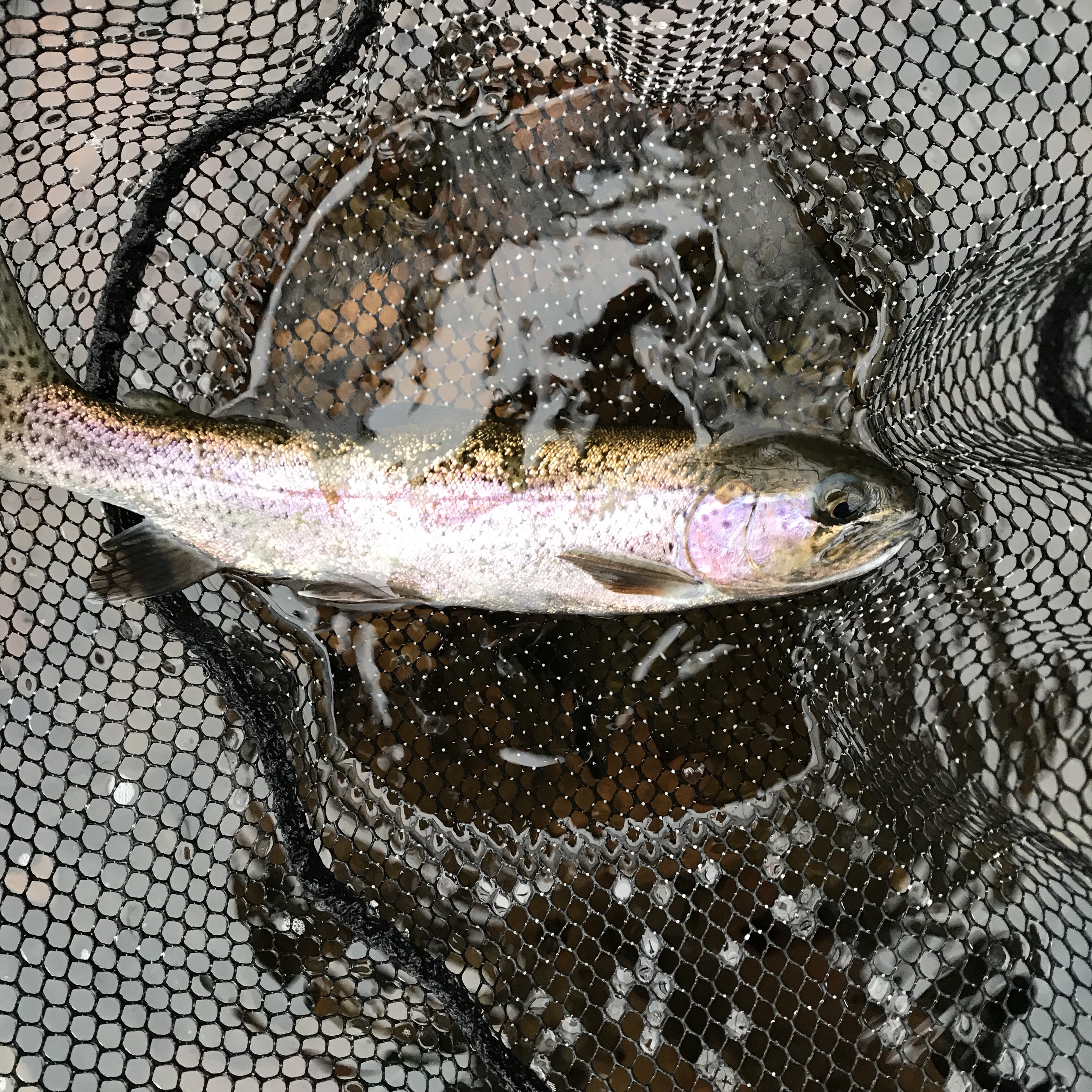 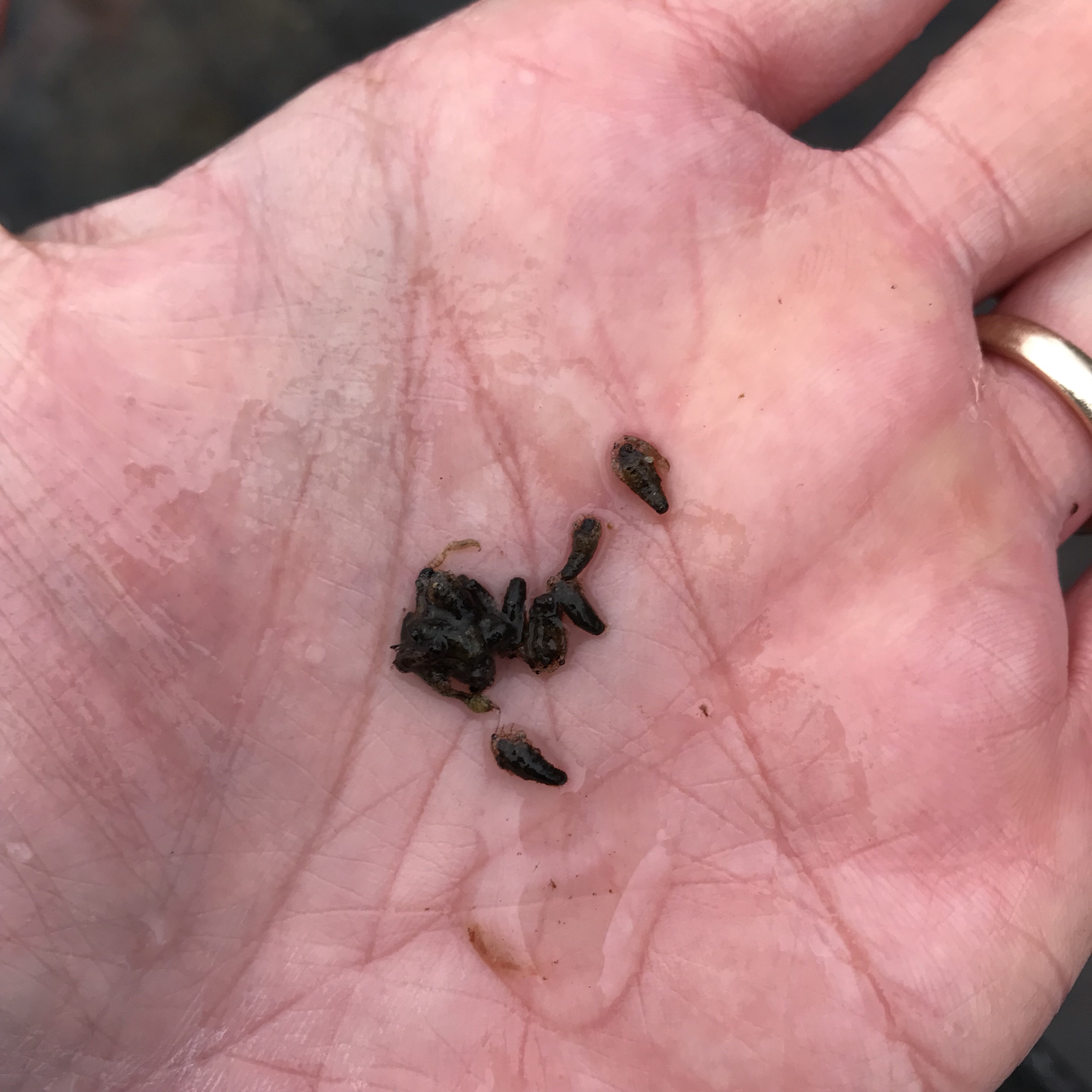 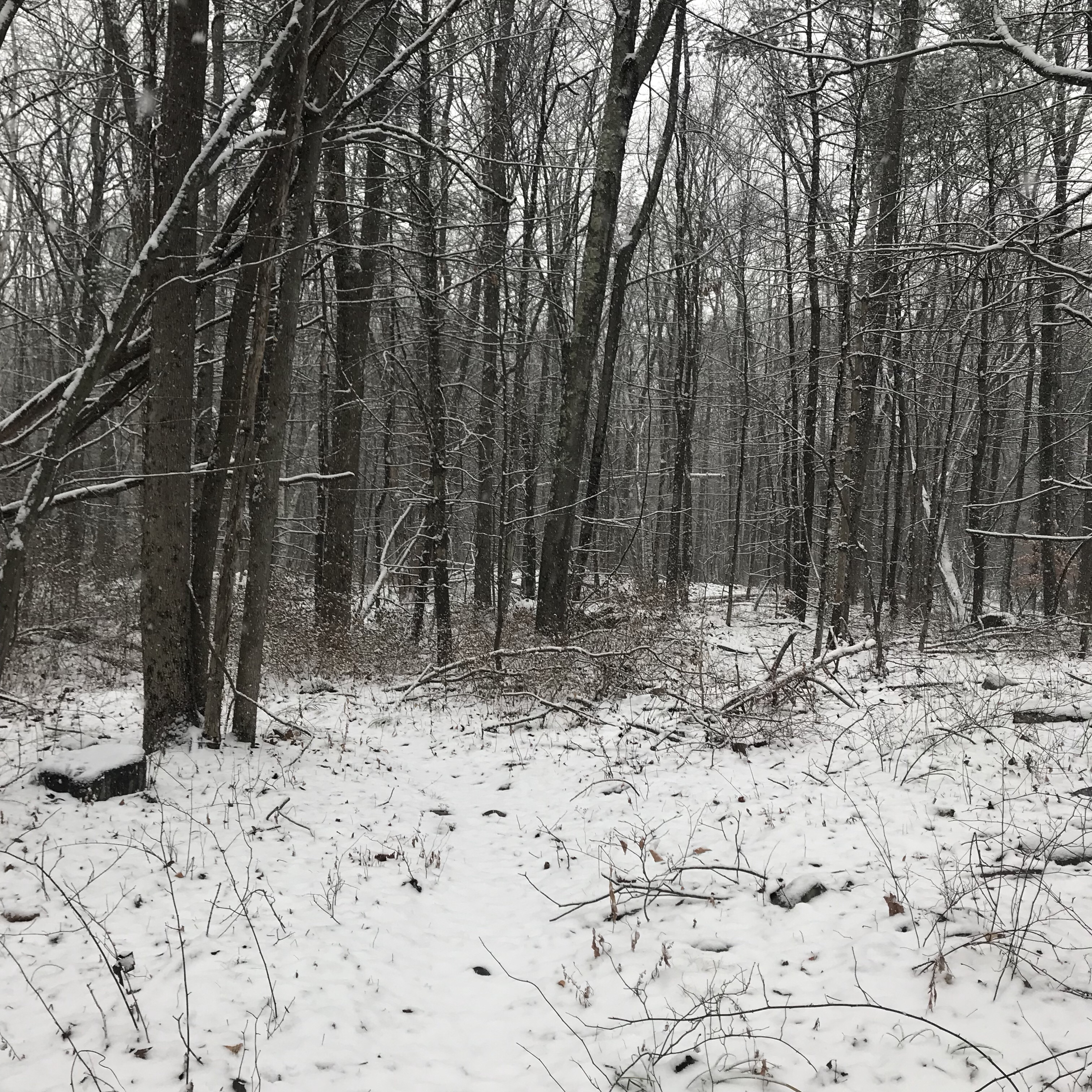 Hope everyone is enjoying the snow.