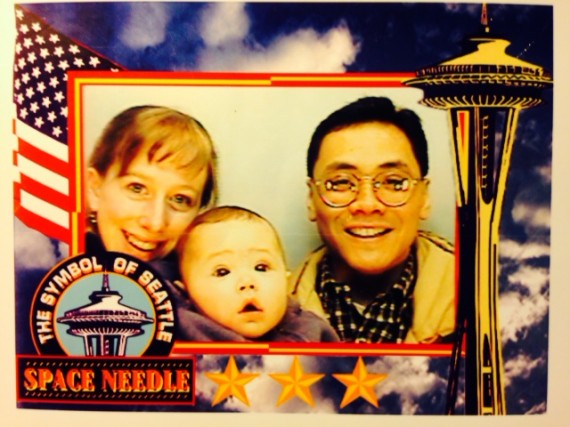 My wife a few nights ago found an old photo tucked away in a book. It’s up top.

We were so young then! Back then, we had one child, who was only a few months old. Our small family was in Seattle, as we were debating where I should take a job at Amazon.com.

My friend Joy Covey, the CFO, set it up. It was on those trips that I met Keith Schorsch, who continues to be a friend and is an adviser to Kepha.

I really like seeing friends’ Throwback Thursday posts and pics. Now, you can see one of mine. That picture brings back so many memories. In a way, I feel that many years have passed since then. In another way, it doesn’t feel that long ago.

Hard to explain, but our lives were so different then. We were dealing with the joys and pressures of having a child. I was at a career crossroads. I was offered an early promotion at Bain & Co., but it came with a two-year commitment. I didn’t want to lie, and I knew that the ever-increasing business travel meant that I didn’t want to commit.

Little did I know that it became an exhilarating time. I turned down the Amazon.com job and had some great opportunities at some start-ups. Unexpectedly, I ended up in VC (more here).