To paraphrase Hemingway, Covid-19 came into our family “gradually and then suddenly.” 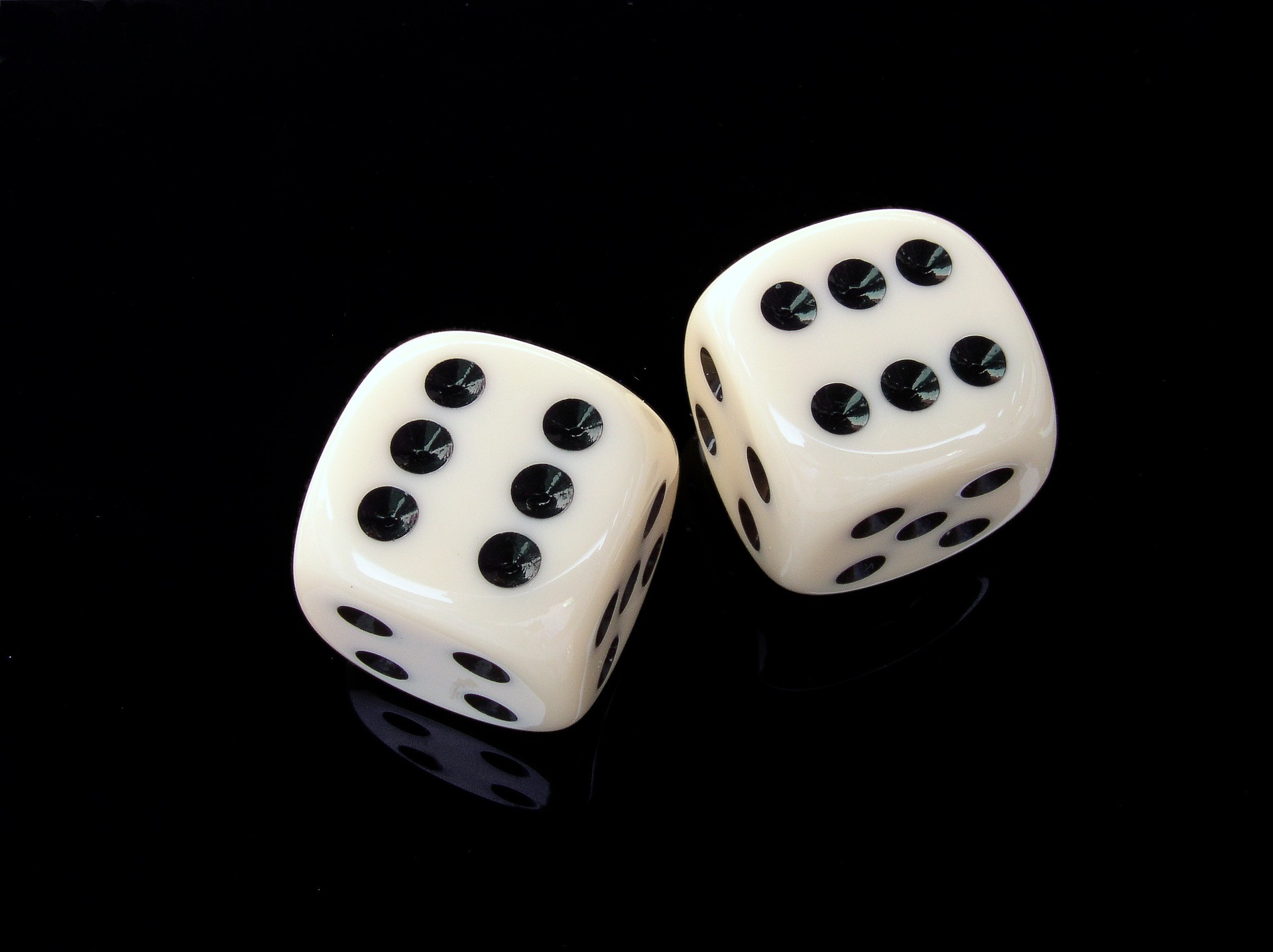 I’m not sure where I was when Mrs. T. told me that her two relatives, whom I’ll call A. and B., were at risk.

A. had tested positive for the virus, was with fever, and had trouble breathing. And, most ominous: B. was mostly unresponsive.

But, I do remember thinking that I had to act; B. had a significant health challenge, was no longer able to live independently, and required 24/7 support.

So, I packed my bags. Let me explain.

Since most of a venture capital portfolio is filled with train wrecks (prior post here), as a VC, you get pretty used to crises. What I’ve learned the past 20+ years is this: “plan for the worst, hope for the best.”

As an entrepreneur, you always want to be ahead of the crisis and need to plan accordingly. If you’re just reactive all the time, you’re behind. And, if the worst doesn’t happen, it’s all upside, but you’re ready for the tough scenario, should it occur.

I immediately packed, as I assumed I was going into a coronavirus hot zone. I don’t have an issue being a family home health aide (changing, feeding, and bathing a relative). I’m OK with living, sequestered, in a hotel room for weeks. But, the idea of saying goodbye to my children for a few weeks (or, for forever?) really torqued me.

But, I assumed the worst: A. would be hospitalized (and/or, pass away) given how the virus has afflicted older people, and one of us would have to go and care for B.

It’s a truism that the virus is the one that determines what fork in the decision tree you next go down. The rest of us get to wait and see what it does. In our situation, it was a very dizzying and complex decision tree.

Here are the questions we confronted:

The next 72 hours were absolutely volatile. We received new information every few hours and which re-shaped our action plan.

For example, we thankfully found some short-term home health aide coverage for the first 24 hours. But, we soon learned that some aides didn’t speak English well or were sent over with no PPE. (It was saddening to know that some are so desperate for wages that they are willing to work with Covid-19 patients without PPE.)

So, we needed someone on-site to monitor the care and hand out face masks, gloves, and face shields. We needed a case manager. One of us had to be there.

I forced a tough conversation with Mrs. T.; I told her that I should be the one to go and argued why I was the “most expendable” in a worst-case scenario. One thought: it is tough when children lose a father, but it can be crippling when they lose a mother.

Concurrently, one of Mrs. T’s relatives, whom I’ll call C., immediately booked a flight. We also had a tough conversation regarding who was the “most expendable,” she or I? More wrenching of the gut.

In the end, I lost the argument, as B. is C.’s parent. But, we agreed that I would be the back-up if C. became ill. So, my bags stayed packed.

Dealing with Covid-19 is like a succession of dice rolls. That is because you’re largely on your own when a family member has the virus. There is no national strategy or treatment protocol, hospitals are overwhelmed, there aren’t enough tests, PPE is in short supply, there’s still much we don’t know about the virus, doctors no longer make house calls, and whom can you convince to enter an infected area?

In these dice rolls, sometimes, you win. Sometimes, you lose. And, that determines where you go in the decision tree.

For example, a month ago, a patient at B.’s assisted living center tested positive for Covid-19. Since the death rates at senior centers with the virus are very high, the decision was made to pull B. and have him again be home.

Unfortunately, the dice roll didn’t turn up favorable; B. had the virus. After coming home, he did get a test, and the result was negative. But, we now think it was a false result. And, B.’s doctor now is quite certain that he had Covid-19.

Other dice rolls, fortunately, bounced in our favor. Friends dropped off face masks and gloves at our house. A friend’s son made homemade face shields. Hotels in Massachusetts are largely closed, but I found one willing to take in C. (and, they kindly gave me a hugely discounted rate).

And, very important, Mrs. T. found a medical person willing to examine A. and B. She called her cousin, a doctor, who works at CityBlock.

They dispatched a PPE-wearing medic. B. was sleeping all the time but had good oxygen levels. But, A. had breathing issues and low oxygen levels, the exact scenario that you most fear.

When oxygen levels the next day dropped even further, Mrs. T.’s cousin “rang the alarm bell.” A. called for an ambulance and was admitted at the hospital. We now were in new territory.

Things felt close to the edge all the time. A.’s oxygen levels did not improve. Through outright begging, we were able to find home health aide coverage for the first 24 hours after A. left. In fact, the owner of a health aide agency drove down from New Hampshire and filled a shift herself.

Mrs. T. slept with her phone ringer on each night. I was ready to go at all times at a moment’s notice. We told our children what was happening, and that I might suddenly have to leave the house.

It was a very tense way to live daily life.

On the second day, at midnight, Mrs. T. and I met C. at Logan Airport to hand off a car and bags of PPE. C.’s heroism cannot be understated. She dropped everything, took two flights through three airports when most people won’t risk exposure at public spaces, and has labored for weeks at the front lines.

Miraculously, in the end, it all synchronized. B. was never home alone, in spite of many close calls.

For the next two weeks, Mrs. T. was on calls, texts and emails every day from early in the morning to late at night. She consulted with her cousin and friends in the medical field, stayed in contact with A. and A.’s nurses, got medical treatment for B., coordinated with health aide agencies and insurance companies, drove up food and supplies for B. and C., fielded calls from worried friends and family members, figured out which of A.’s bills were critical and paid them, got updates from health aides, offered emotional support to C. (whose life revolved around a hotel room and going to B.’s house every eight hours during a health aide shift change), and more and more and more and more.

There was plenty of uncertainty, particularly when a favored aide contracted the virus and could no longer help. But, we had a plan: C. would step in, and, if she fell ill, I would go in and live at a hotel. If I became sick, Mrs. T. was next in line.

The hope was that we would have enough waves of labor so that the first person would recover by the time the last person became ill. At least, we hoped so.

Under a lot of uncertainty and constant stress, we all plowed ahead, taking it a day at a time. Mrs. T. and I agreed it had been a great idea to continue abstaining from alcohol after Lent. We tried to make sure we got enough sleep, and we exercised each day.

But, honestly, the constant stress and uncertainty constituted a real grind for us and our children. The idea of having a family member die without getting a chance to see them was a near-constant concern. I really worried for those family members and health aides who had the virus or were being repeatedly exposed to it. And, I hoped my children were doing OK.

Certainly, there were stretches of order. But, we would wait for the next dice roll to see what we had to do next. We lived our days while holding our breath at times.

Thankfully, A. received treatment with rationed, experimental medication that helped. And, after gradual improvement, increasingly felt better each day. The upshot is that A. was discharged this week from the hospital and is now back home!  There is self-isolation in a room to make sure the virus burns out, but what a turn of events.

I still can’t believe it.

We are not yet fully out of the woods. Until the virus burns out at the residence, my bags remain packed. But, Mrs. T. is smiling again.

It has been crazy. Much has happened the past 14 days.

The good news is this: I now truly realize how many real friends we have in our town and through our parish. We are surrounded by people who know us and care for us. We are very fortunate.

Last, I’m pulling together a Zoom talent show for my business school class. Many of us can use a good laugh. It has been a great way to distract myself from Covid-19.

I’m assembling a promo video for it. Here’s a screen shot. More to come. 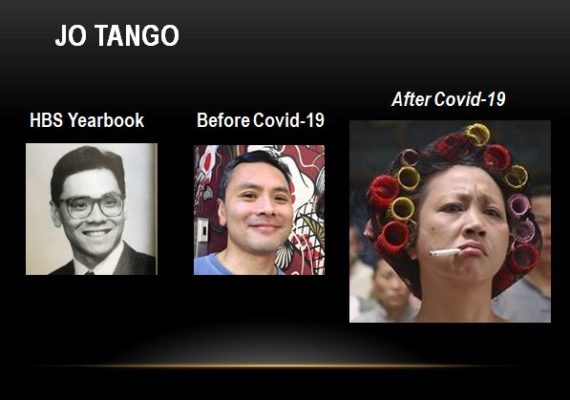