Gradually, eventually, but inevitably, tipping points occur. They don’t seem obvious ahead of time, but with 20/20 hindsight, they are glaringly clear. 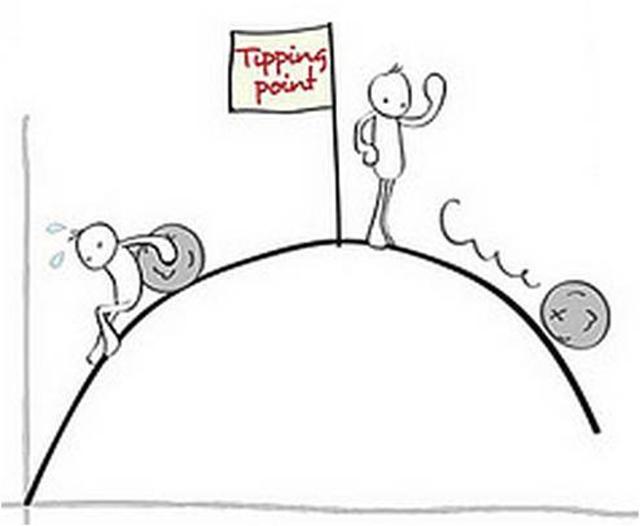 I think there are two recent examples. First, is the pulled WeWork IPO. From what I’ve seen over the past 20+ years as a VC, every IPO cycle has the same cadence.

During a recession or a global macro-economic shock, the IPO window is shut. Then, it opens a crack, and the best company goes public. This usually is a large, high-growth and profitable company. Think Facebook or Google.

Then, over time, the window opens further and not-as-strong companies go public. Over time, the inventory of publicly-financeable companies gets weaker and weaker. Then, at the peak of the cycle, really risky business models go public, usually highly unprofitable ones.

Eventually, the markets balk, and we reach a tipping point. Investors then start focusing on gross margins vs. growth-at-all-cost.

I think the WeWork situation is such a tipping point. It’s a fast-growing company that is burning tons of cash. Controversial governance practices and charges of self-dealing didn’t help. (An overview article here.)

I think the second tipping point are the President’s calls with foreign leaders, wherein he uses the power of his office to create personal political benefits. Whether he is impeached by the House or not, or is convicted by the Senate or not, I believe his presidency has reached a tipping point. IMO, he has pretty much depleted his political capital base with swing voters and will be a much weakened leader going forward.

If major GOP donors shut their wallets and/or the polls continue to swing in favor of impeachment, I think either of those will be a nail in the coffin.

I find tipping points also exist with relationships, whether business or personal. If you think about every break-up you’ve had, or every job you’ve left, I suspect you can identify that “one moment” when everything truly and irreversibly changed. That, then, becomes the point of no return.

I think the key is be proactive about investing in relationships before it is “too late.” That means being a great boss, colleague, friend or life partner. It means not taking people for granted. It means investing time and energy in other people, whether you feel like it or not.