One fewer place setting at dinner.

A piano no longer played daily.

A feeling that times have changed.

Mrs. T. and I dropped off our son at college. We are very happy for him as he launches on a new path. We agreed to try to focus on his joy and excitement rather than our own sense of mixed emotions.

I remember well when I left home for college. My mother was unusually quiet and pensive. I remember that I could not relate to that at all. I was excited to move forward, and I didn’t want to be held back. I took off and really immersed myself in my new environment.

Fast forward. It’s interesting how life comes in rhythmic cycles, from one generation to the next. Now, it’s my turn to play the parent role.

As our son was readying to graduate from high school, his school invited all parents to meet with a child psychologist, Michael Thompson. The boys met with him in the morning, and the parents did so in the afternoon.

It was a helpful session. The psychologist mentioned this: becoming a parent creates the most rewiring of the brain in one’s adult life. He said that the brain’s rewards centers change somewhat when you get married, but they’re drastically altered with the advent of the first child.

He also implied that the departure of a child for college will be a jolt to the system. So, get ready.

Dr. Thompson suggested something else: drop off your child and go, and do not linger. So, that’s what we did.

I like pairing sweet with bitter. So, I did some online research before we left and found a highly-rated restaurant near campus. Mrs. T. and I after the drop-off went out for lunch and chatted. It’s tough to beat okdol bibimbap.

As the food arrived, I told her: “I’m more than OK with food therapy.” 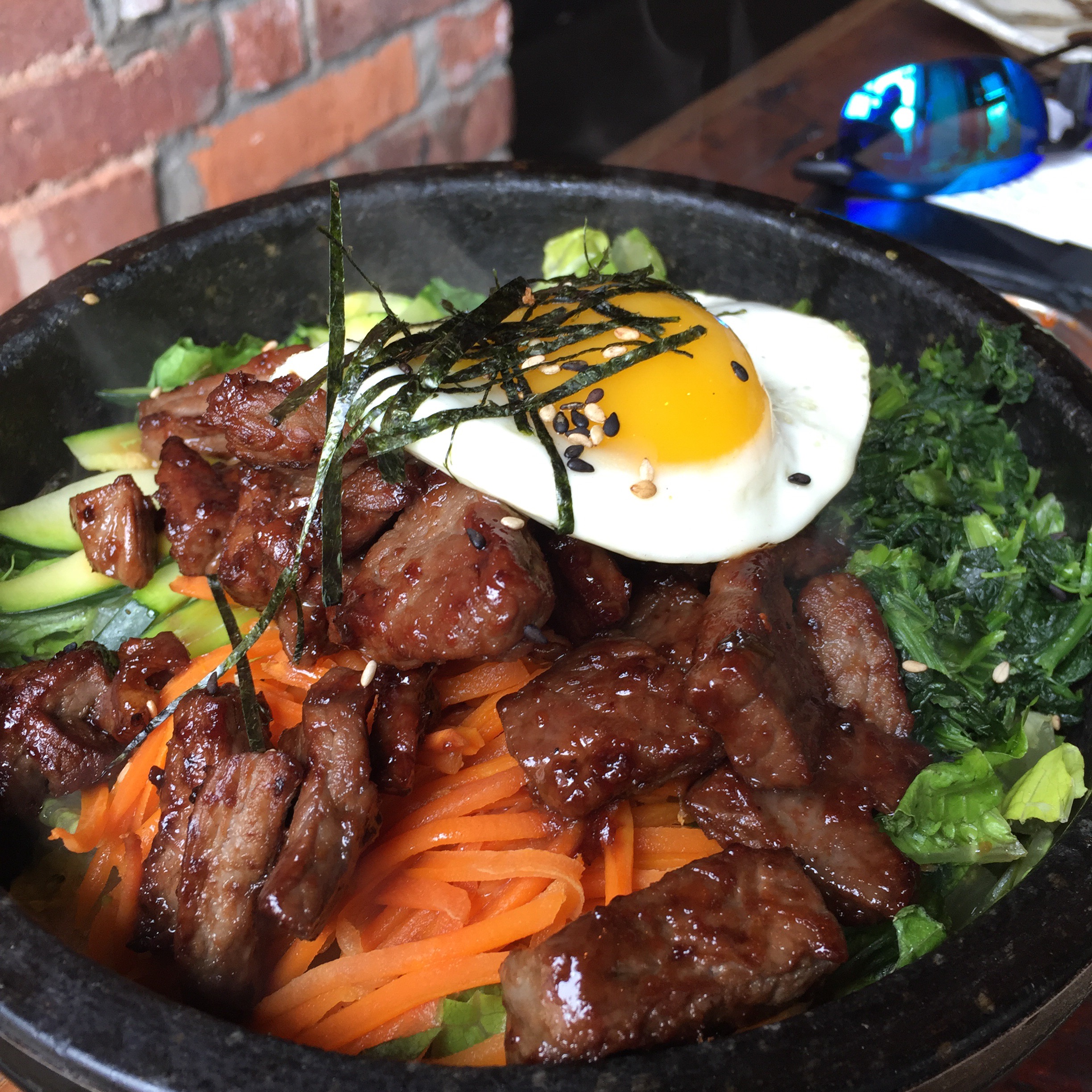 We then drove home. It was a joy to return and see our other children.

A major price of love is the longing that comes with it, a deep sense of loss when someone whom you love isn’t there.