I was in awe yesterday. 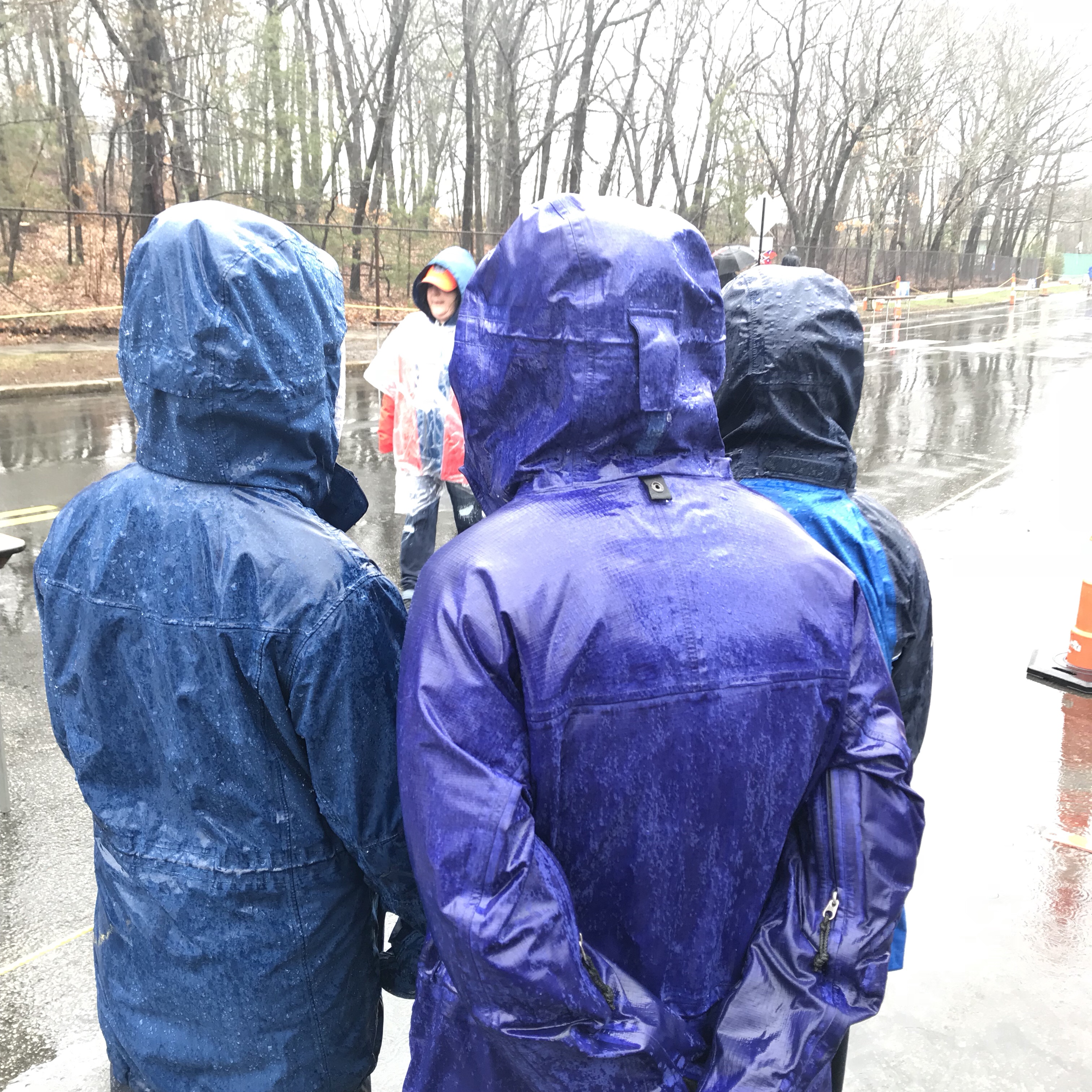 We ventured to Heartbreak Hill to cheer on the Boston Marathon runners. We were decked out in many layers and full rain gear and still became cold. The wind was very strong, and rain eventually found the slightest of exposed areas. It was monsoon-like out there.

Very few people were out along the route to encourage the runners. Understandable. 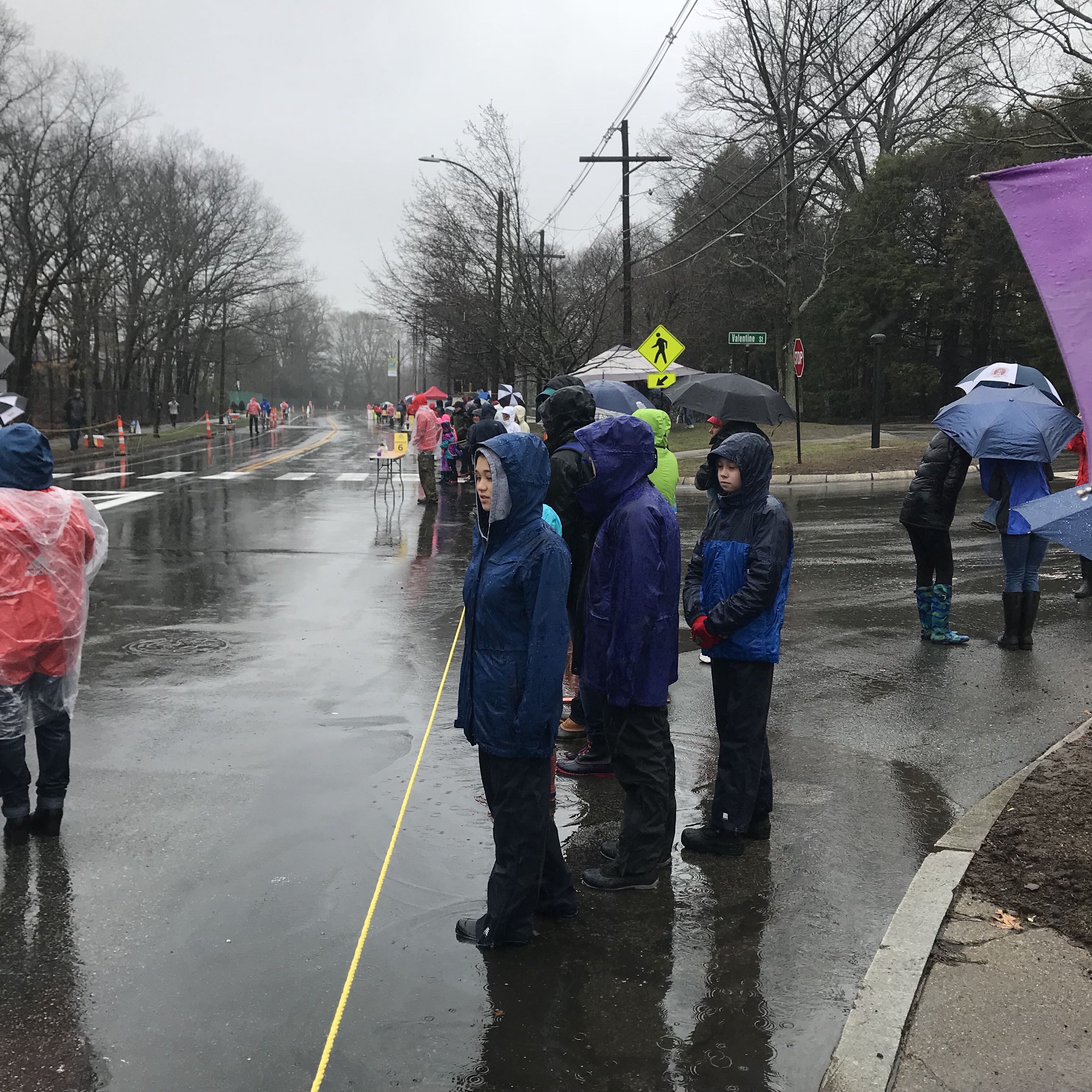 The elite women ran by. Then, the elite men. And, gradually at first, and then suddenly, a thick stream of everybody else.

We were able to locate and cheer on a friend. His visage was one of intense focus and misery. I called out his name, and he didn’t look our way.

“He must be blocking out everything,” Mrs. T. said.

After an hour, we threw in the towel, came home and peeled off all the wet layers.

Later in the day, I watched an interview with the female winner, Des Linden. She said that she almost dropped out of the race. Gradually, things improved as she took it one mile at a time. A testament to human perseverance.

Here is a Tweet of hers from last month:

Some days it just flows and I feel like I’m born to do this, other days it feels like I’m trudging through hell. Every day I make the choice to show up and see what I’ve got, and to try and be better.

So, a hat tip to all the runners, both those who finished and those who did not. You all showed up.