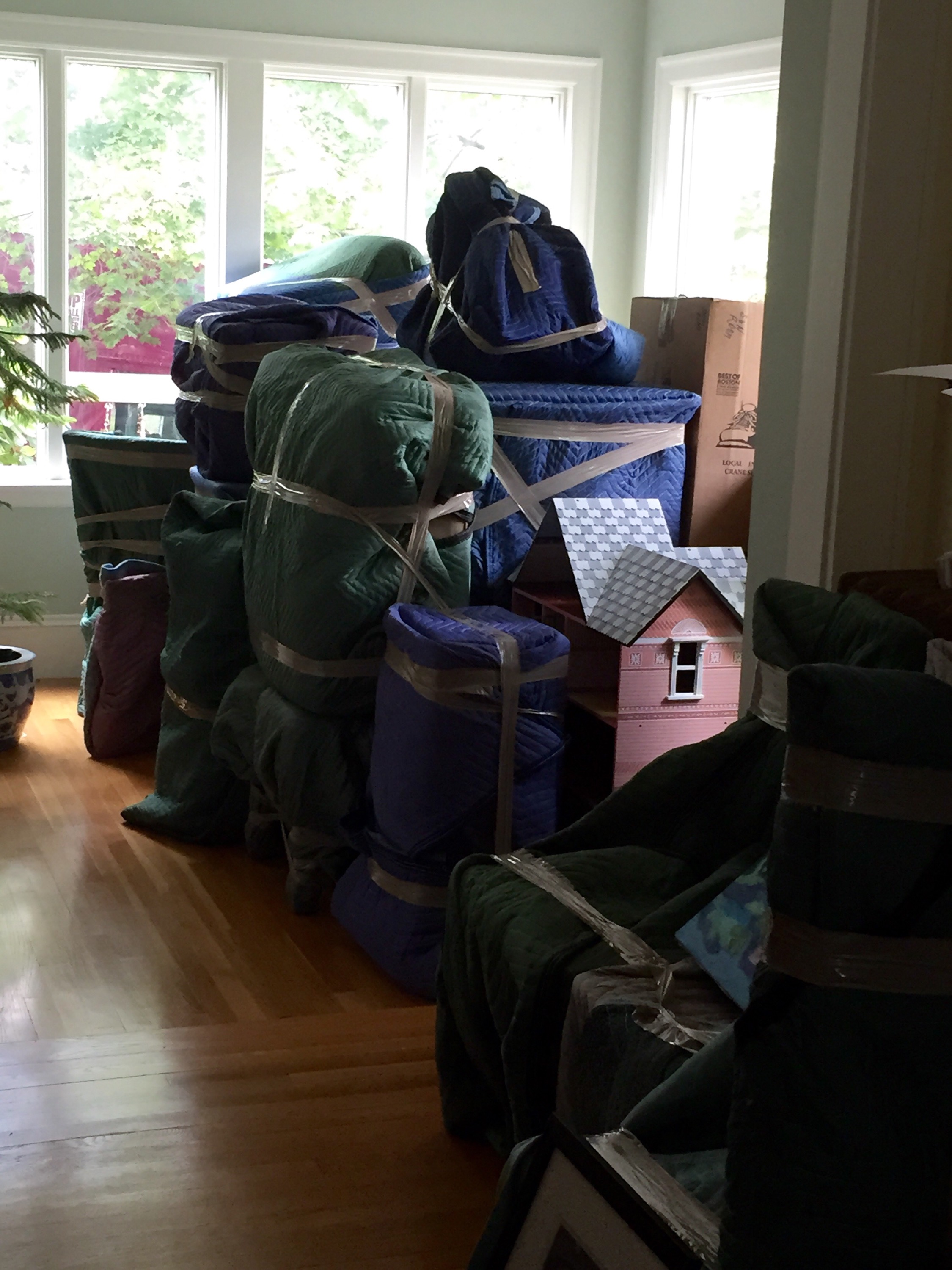 We are moving. It made me think of my mother and WWII. Let me explain.

I left this morning for the office and returned to find the house completely transformed by the movers. Nearly everything is boxed and wrapped.

We bought a starter home in 1999. We had one child back then. The house seemed so big. I remember Mrs. T. and I wondering how we could ever fill up the space.

Fast forward and some more kids later, and we started to feel as though we wanted more room. I also wanted a garage, so that we would not have to chip off ice from our cars on winter mornings.

After a few years of looking, we found the right place in the same town and pulled the trigger.

We’ve been packing items into boxes the last few weeks. Last night, as Mrs. T and I were organizing our clothes, I told her that I’ve been thinking of Europe during WWII.

“Can you imagine,” I asked, “if we were a Jewish family and Nazis just knocked on our door? And, they told us that we had 24 hours to pack up what we could carry, leave everything else behind, say goodbye to friends, and ready our children?”

I then also remembered my mother. She, her parents, and her six siblings heard a “knock on the door” and were told they had just a few hours to pack and leave everything else behind. They became war refugees. Their property and farmland were seized. They became dirt-poor quite suddenly.

I’ve read online that moving is extremely stressful for many people. Honestly, our move thus far has been very peaceful.

So many families, including my mother’s, did not.

2 thoughts on “Our Move and the ‘Knock on the Door’”