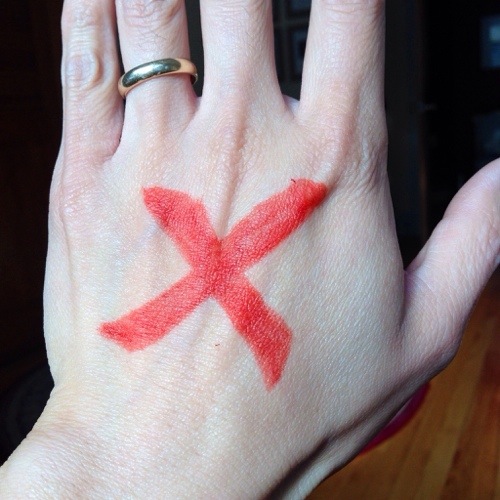 I’ve been to a strip bar once in my life. I left after 10 minutes.

Stephen, one of my best friends, was getting married, and a bunch of us gathered in New Orleans for his bachelor party. It was a really fun weekend. A group of post-college guys facing long hours in corporate jobs reliving their youthful days.

One night, after a lot of drinks, one of Stephen’s fraternity brothers led the group to a fancy strip bar, where you had to pay a huge cover fee to get in. I went along.

What consenting adults do privately is up to them. But, as I sat there, I had one of those mental dialogues going: “Who is she? Why is she doing this?” The young woman on stage was very beautiful. And, though she smiled, her eyes looked hollow.

I quietly slipped away from my seat and furtively headed for the door. Stephen saw me and chased me down.

“Where you going?” he asked.

“Grabbing some fresh air,” I said.

“It’s cool. I just feel bad for the woman on stage.”

“Same. Let’s get outta here. I feel the same way but felt I had to go along.”

“Let’s grab some drinks somewhere else. My treat.” Stephen and I left.

We had one of those intense, late-night conversations that you had in college and missed once you had entered the working world. Yes, he and I said, we both felt very attracted to the female body. That was how he and I were wired.

But, at the same time, it just felt weird to be at the strip bar because we started to feel bad for the women working there. Maybe they’re coerced into that line of work and kept against their will. Or, maybe they didn’t have much choice, given the job opportunities they had.

And, if the former, are we as strip bar clients then inadvertently enabling violence against women?

I write about this because today on Feb. 27 is “Shine a Light on Slavery” day. End It Movement is raising awareness to end sex-trafficking and forced child labor. An estimated 27 million people are enslaved today. So, they’re asking people to draw a red “X” on your hand, take a pic of it and circulate it with #enditmovement. Mine is up top.

Today reminds me of that New Orleans conversation so long ago, that many, many people are not truly free. Some are literally forced into sex work and cannot escape. And, if you think this kind of stuff only happens in Bangkok or Amsterdam, here’s a recent NY Times article about the sex trafficking of a Boston girl.

There’s a powerful and short End It Movement video below, or click here. It has a surprise twist in the middle. Over 1 million views already.

Watch it. And, draw that “X” if you’re willing.