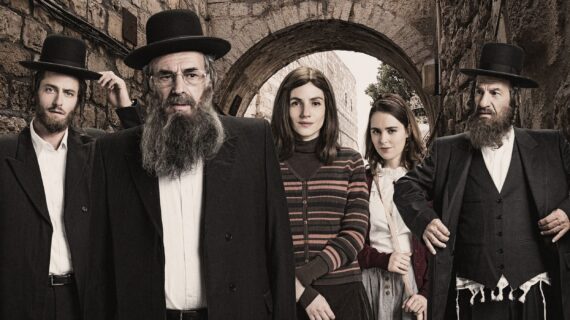 I watched Shtisel on Netflix and was absolutely impressed. I read about the series in The New Yorker (here), was intrigued, and watched all three seasons.

A series in Hebrew and Yiddish about a Haredi (ultra-Orthodox) family in Jerusalem? A character-rich TV series that relies on great acting and dialogue instead of special effects, violence, nudity, cursing, and “gotcha” plot twists (well, except for a few)?

Yes, it’s a bit of a throw-back to how TV and movies “used to be.” But, honestly, it is gripping, interesting, and really tugs at your heart. And it’s a nice break from the usual shows that show sex for no reason, rapid action scenes, gratuitous gore, etc.

It’s a great series, and I hope they create a fourth season.