Well, I just said a temporary goodbye to Todd Brennan. Newly married, he is about to move to Portland. 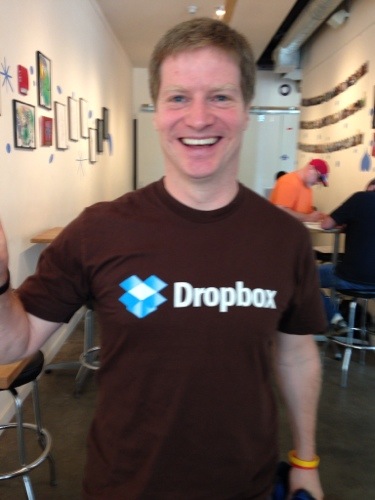 I first met Todd when I co-led the first institutional round in his company, Bit9, (edit: now called Carbon Black, the company has gone public). He and the founders had seeded the companies themselves and were “all in.”

If you’ve met Todd, you know he is crazy smart, technically brilliant, and a bit quirky. In other words, he is like every other great Founder.

Over the years, we have become friends, even after he left Bit9 and after I left the Board when I started Kepha. We kept in touch. We’ve shared ups and downs as we embarked on new adventures. Rather than be in the VC-and-entrepreneur mode, we instead could just hang out to talk about entrepreneurship and obsess about really good dim sum.

I’m happy for Todd. He has a great track record: his first company, Okena, was sold to Cisco for $150 million; Bit9 appears to be on a roll and has a strong syndicate in Highland, Atlas, .406, Sequoia and Kleiner Perkins; and, his new company is already profitable.

Todd has been through a lot, from multiple near-bankruptcies, a difficult personal relationship, and business challenges. But, he always has a “can do” attitude.  He is quick to laugh, shrug off obstacles and find the bright side of things.  Seriously.  Here’s a line from today: “Well, I really looked forward to seeing my checking account go down towards zero. It forced me to be creative and lean.”

Also noteworthy, is that he is an angel investor in Dropbox, as the only east coast investor in the company, which I think will generate more personal wealth for him than all of his start-ups combined. At top, is a photo of Todd, which I just took, complete with Dropbox t-shirt. It was great to see him and to wish him well.

If you want to learn more about Todd, or to get in touch with him, click here.

Todd, I wish you continued success and many happy days with Eva. I love you, bro.