I was surprised and moved to see the video below from Ukrainian President Volodymyr Zelensky when the Russian attack started:

I had assumed that the country’s leaders would flee to Lviv in the country’s western region or leave altogether. Zelensky is a curious figure to me, a former standup comedian who used his popularity to run for office. I had assumed he was an opportunist looking to cash in, and I was clearly wrong. He clearly is a brave person and willing to offer his own life for his nation.

I have a wee bit of historical context about the war. In college, I studied both Economics and Political Science, focusing a great deal on the Soviet Union’s and China’s economic development policies.

I also was part of a 10-student delegation that spent two weeks in Leningrad (now St. Petersburg) and Moscow as part of the Yale-USSR Project, whereby 15 Moscow State University students went to Yale for two weeks in the fall and our delegation went there in the spring. That was in the late 1980s, and the Cold War was in full swing. We met with other students and toured the country (and being guided by KGB agents pretending to be students). It was intense: for example, one Jewish student asked if I could help get her and her family out, while another asked me if I could get her grandfather a kidney transplant.

Today, I continue to be an amateur reader of European developments, and what’s going on in Ukraine is both sad but not at all surprising. Russia has often experienced invasions from the West and is paranoid about having physical buffer space between it and Western Europe. World War II was horrific for the Soviet Union, and they lost 20 million people (seven million were Ukrainians, including one million Jews). By contrast, 292,000 Americans died in the war.

During that college trip, we visited the Leningrad War Memorial, which is built next to mass graves where 500,000 people are buried. It was unfathomable to think that one city suffered so many casualties. The site is massive, and the photo below doesn’t capture it. The statue in the background, for example, is extremely tall: 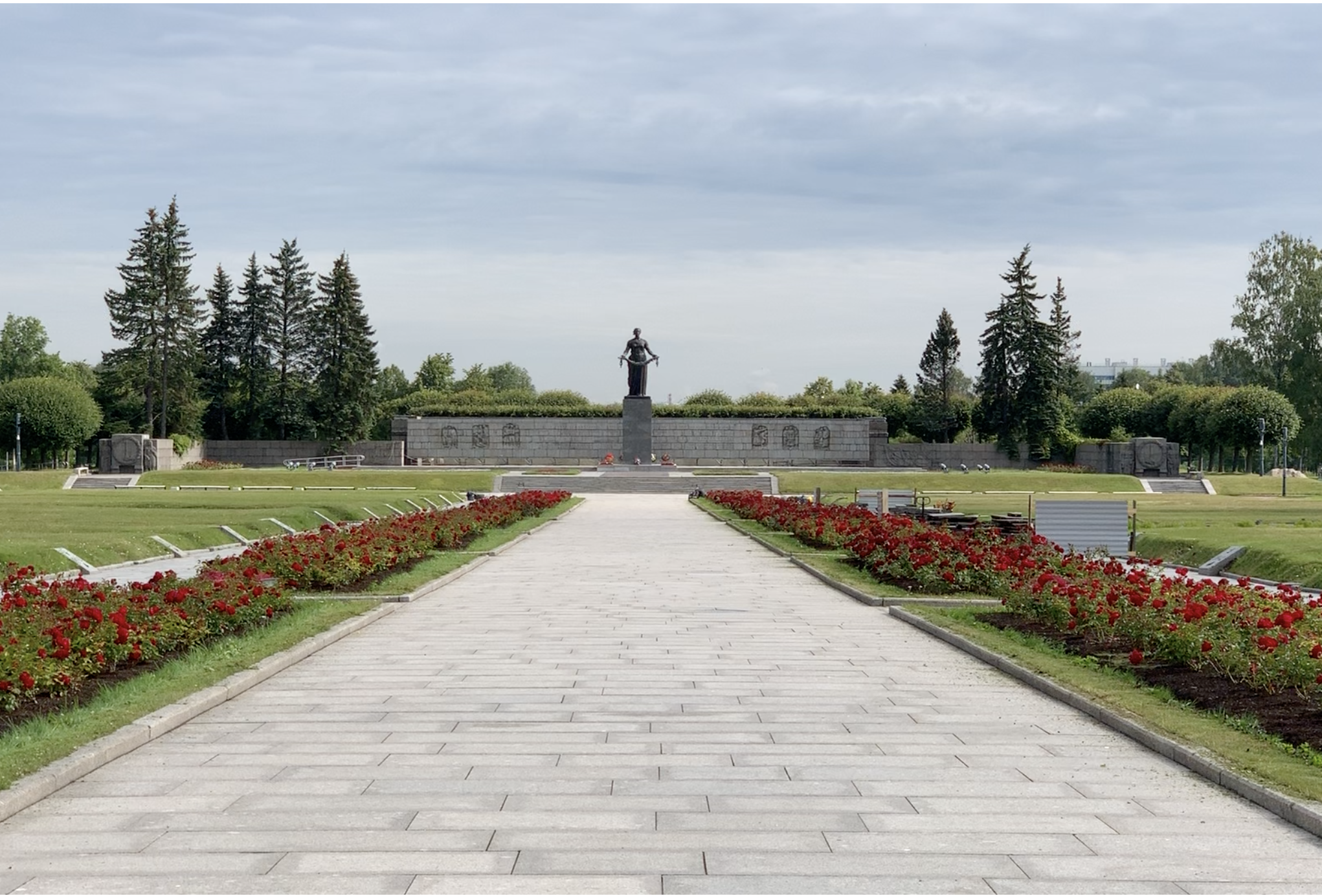 I hope that the war can end soon with minimal casualties. But I suspect any peace will be fragile at best. Putin is paranoid about the West. Ukrainians know well their history: after a fierce war, and a brief period of Ukrainian independence, Ukraine later became part of the USSR. Stalin seized private property, creating a famine during which four million Ukrainians died. Many historians believe Stalin’s real goal was to break Ukraine’s will.

So, this is the latest war in a long series of wars.

I’m not sure how all this will end up. Russia has the volume of arms and soldiers to push through to the cities, but many Ukrainians have organized to make Molotov cocktails and stay, fight, and survive. Most critical to know is that Russia is facing a demographic collapse. There are fewer soldiers available and GDP long-term will decline. This is a dynamic that encourages Putin to “act now” while he can. And if NATO steps up deliveries of armaments (particularly Stingers and Javelins) to Ukraine, it’s going to be a long war.

It’s anyone’s guess what he will do, now that he relies on very few advisers as he self-isolates and is fearful of Covid. Russia is at a literal crossroads and is a power in decline, relying mostly on volatile oil and gas revenues and facing bleak long-term economic prospects. And, that’s why we are living in a very dangerous time.

Stay strong, NATO. This is your moment to be firm, united, and consistent. To Ukraine: Slava Ukraini! Heroiam slava!