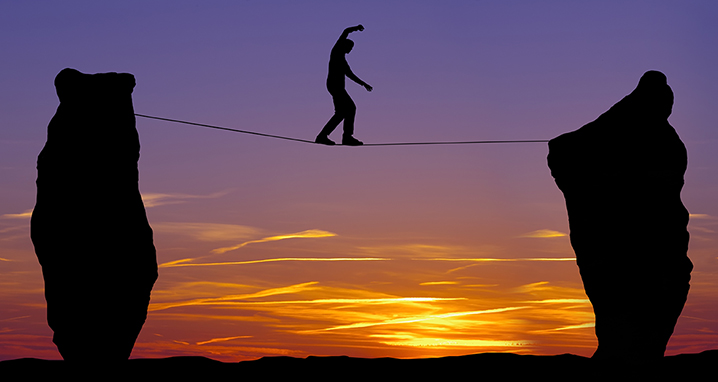 I recently read Olympic champion Alexi Pappas’ book Bravey, and so, courage has been on my mind.

I find that it’s easy to talk about courage, but it’s another thing when life takes a turn and I actually have to display it. I think it’s particularly true for entrepreneurs. Did you know that 80% of ventures fail (see this NYT article referencing a study by HBS professors Paul Gompers and Josh Lerner)? And, if you were successful the first time, the failure rate for your next company is still 70%. One rodeo doesn’t seem to help you much on the next one. (As I’ve blogged before, venture capital also is a failure-management business; the “hit rate” for VC is about 33%.)

So why do people engage in risky ventures when they must know deep down that “success” is likely out of reach? I think there’s a thrill to doing something difficult and to be your own boss. There’s a joy in trying to actualize your dreams. I know that’s a big reason why I keep plugging away at Kepha, during the good days and the bad ones. It’s something I want to do, something I need to do.

But yet a key question for every entrepreneur is this: how do you persist when risk is persistent? It’s one thing to go through a bad patch when you know when it will end. But it’s another thing when the Good Times don’t appear on the horizon. How do you persist?

For me, I try to find Heroes and to emulate them. I think many of us can draw strength from our ancestors. In the grand scheme of things, we are not that far away from a time when many of our ancestors were enslaved, trapped in Europe during the Holocaust, lived through apartheid, or had to flee and start from scratch after Partition.

I also think we can draw strength from public figures. For me, one of my Heroes is Dr. Martin Luther King, Jr. Towards the end of his life, he had a distinct feeling that he was going to be killed. On his last trip, he felt that he was not going to see again his family. And, he didn’t. His eight-day trip was cut short in Memphis, when he was shot and murdered. His children were 5, 7, 10 and 12.

The night before he was killed, Dr. King gave a speech. It’s unbelievable. He talks about his sense that he might not get to The Promised Land, but that he no longer feared anybody. The speech is below. To me, he seemed both resigned and brave.

When faced with challenges, are we tempted to fold? We value our values, but when there is existential threat, will we shrink back? I cannot help but think that Dr. King often thought about his life partner and his four children. Yet, he knew so many people were relying on him, and he somehow found the courage to forge on. He was bravey.

It’s Black History Month, a time for reflection. Dr. King is a Hero, and remembering him gives me strength.