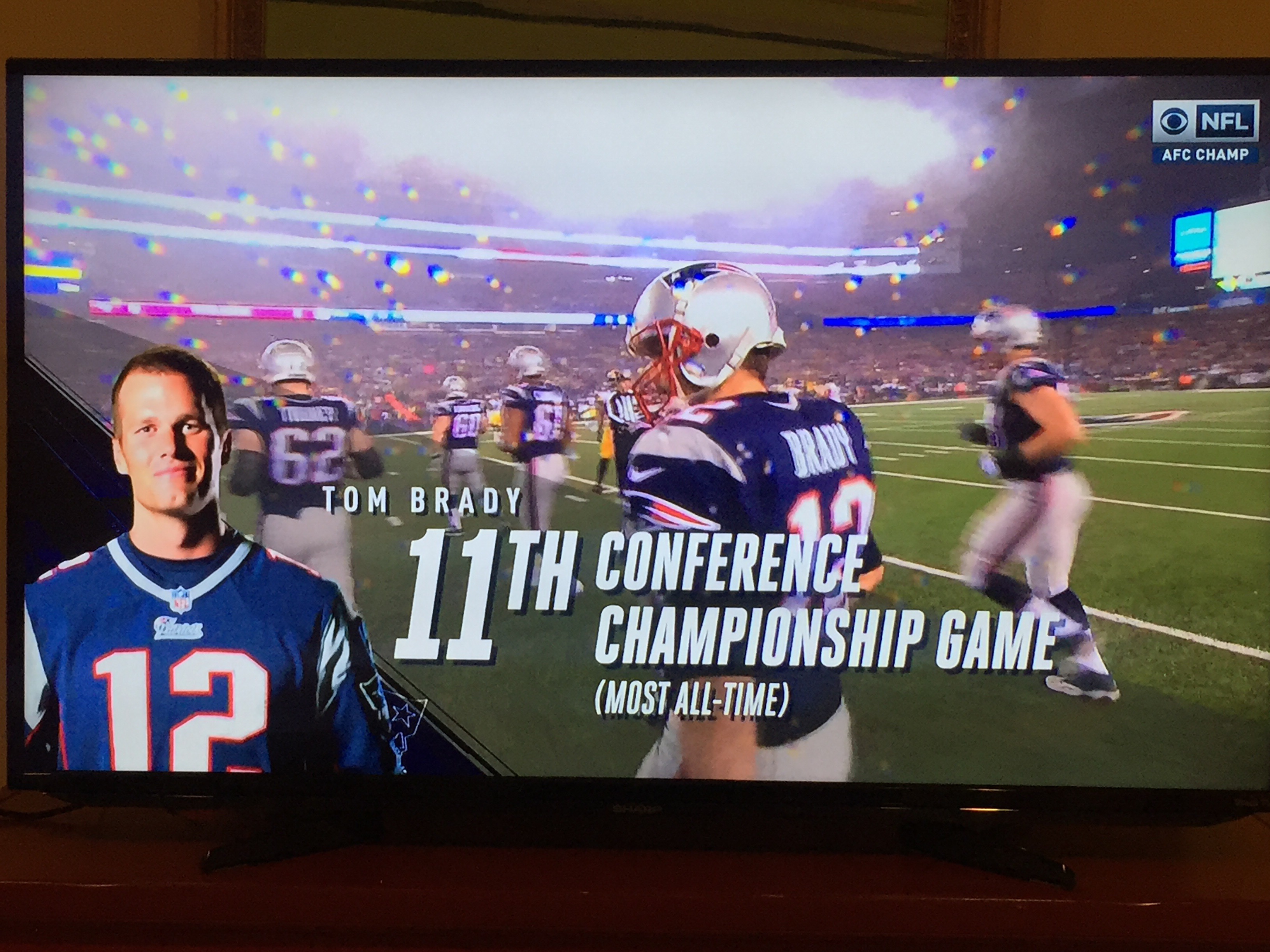 Mrs. T. felt very strongly when we married that we shouldn’t have TV (more here). She thought it would be better for our marriage. And, when we had our first child, she didn’t want TV to be a babysitter. It has paid off. All of our children learned to read very early and, today, read often.

The family watched a great deal of content, however. We’ve been fans of Netflix from the beginning, when they mailed DVDs. We had a few portable DVD players. Then, came smart devices and streaming from Netflix and Amazon Prime. Sports games started to be streamed. All this worked well for decades.

But, there were tradeoffs. Among the sacrifices made was that I didn’t watch the first two Patriots Super Bowls. I listened to them on the radio.

Now, that the children are older, we last year bought a smart TV to stream from our devices, Netflix, Amazon Prime and Vimeo. It’s in the basement, out of the way. It basically is a big screen for viewing streams.

With the Patriots in the playoffs, I bought a $30 antenna to receive network channels over-the-air. I plugged it into the TV, and, voila. Incredible HD-quality viewing. 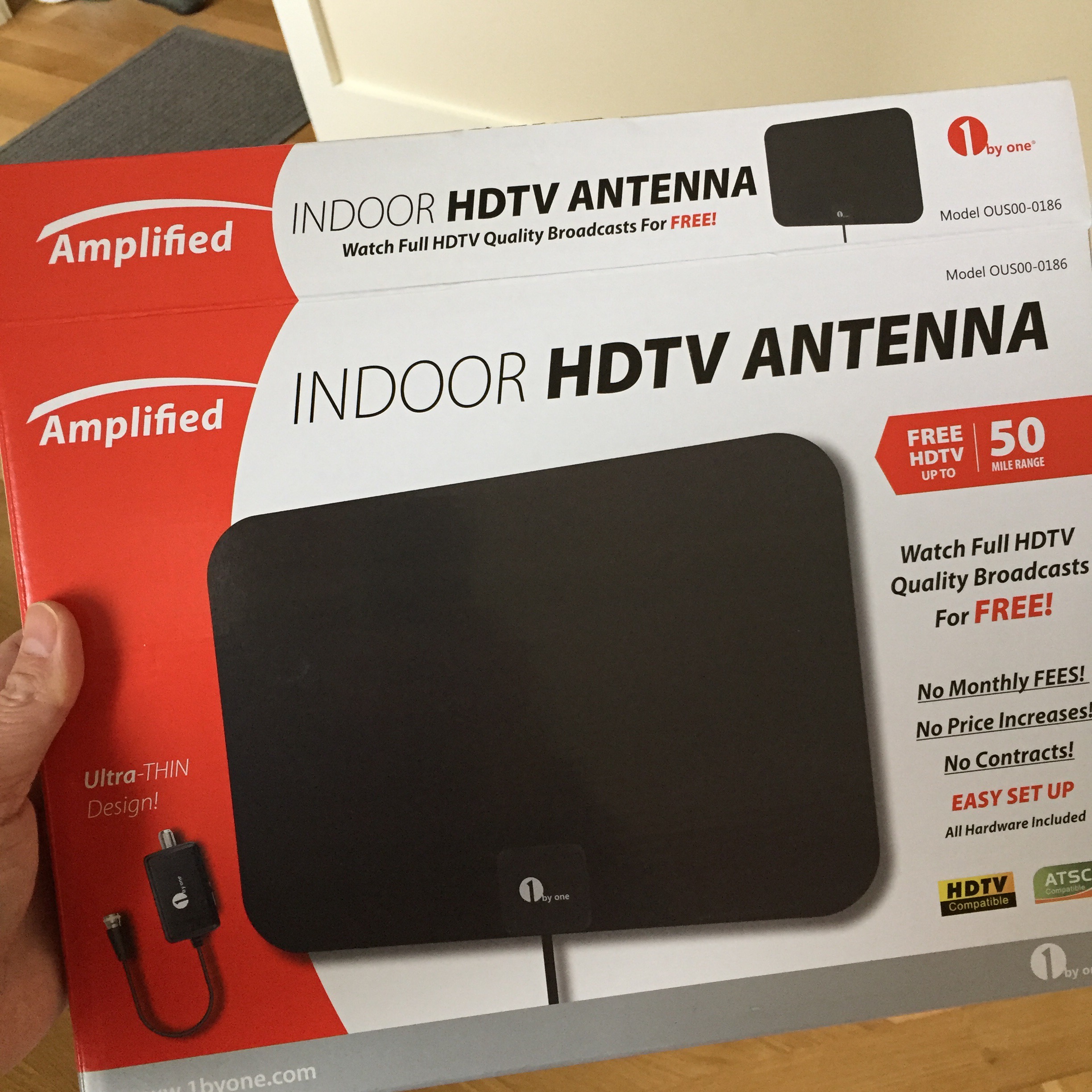 It was a joy to watch the AFC Championship game. Screen shot up top.

If you can live without the plethora of cable channels, it’s an incredibly cost-effective move to avoid a cable bill and buy an antenna. So, after all these years, we’ve never paid for cable TV.

But, we finally do have a TV.

One thought on “Avoiding Cable TV”