I had a meeting in Somerville today and headed afterwards to the much-ballyhooed backbar (no caps is how they spell it). I went quickly, for I hear that they often sell out of a particular dish, for which I am on the hunt.

Behind an unmarked door, and through a long, dark hallway reminiscent of a Twilight Zone segment, you finally arrive to see this, an innocuous door with an illuminated logo: 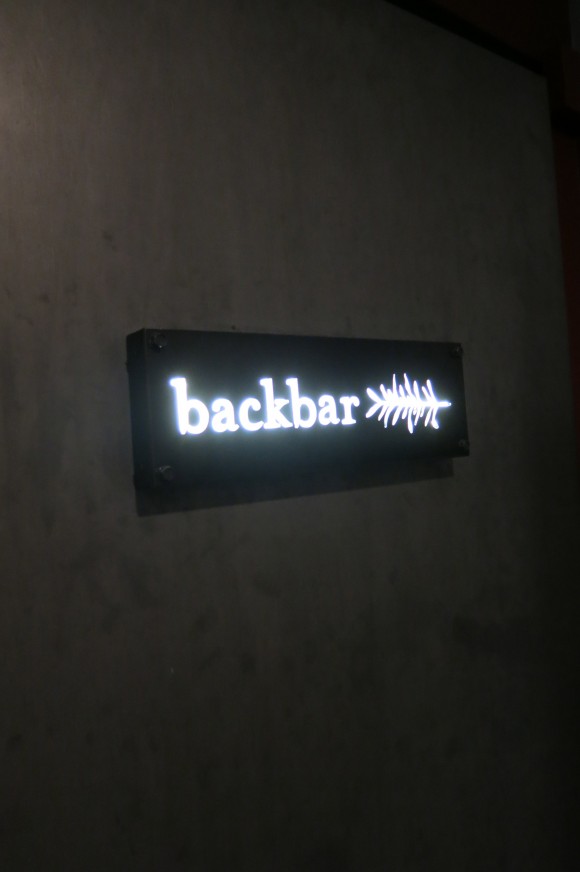 You open the door, and there you enter an oasis, away from the outside urban sprawl of convenience stores and bric-a-brac shops.

You pull up to the bar, grab a seat, and say the magic words: “Ramen, please.” And, after some polite banter with the bartender and the chef near you who is eating and drinking on his day off from Coppa, in a few minutes, you receive this: 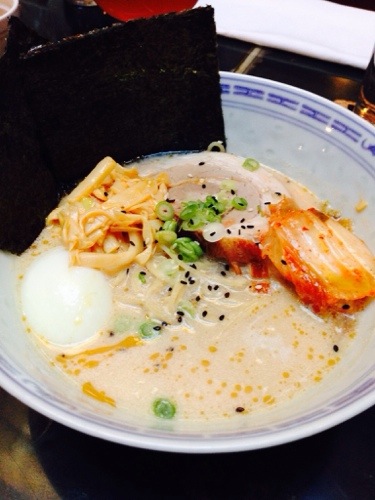 You hear from the bartender that it’s a tonkatsu-style pork broth, that has been cooking all night long at a low simmer, so much so that the pork bones have released their marrow. You hear about the hand-made noodles.

But, soon, you’re not hearing much as you focus on the meal. The noodles are chewy, the nori is extra crisp, and the pork is fall-apart-in-your-mouth perfection. The broth is rich with tons of umami, and, salty, but not overly so. You poke the soft-boiled egg and the brilliant-orange yolk oozes out, coloring the broth and coating your noodles with a velvety, almost sexy, sheen. You eat in silence. Speaking would be apostasy.

It’s soothing, it’s filling, and it is perfection in a bowl. Never before have you used the word “beautiful” to describe a bowl of noodle soup. But, that’s what this is. The sight, smell and taste all ball up together into a heavy hit of dopamine. You’re absolutely and resolutely hooked.

You wipe your mouth, you pay the bill, and you wish you could stay for another bowl, and perhaps, a cocktail or two. This is a place to which you want to take a date to impress or a spouse to cherish.