Was up before dawn and was all done by noon. The river was quiet. Snow became sleet and became freezing rain. There are few people out on the water in the winter, particularly when there’s precipitation.

I love it. It’s a favorite time for me to be out there. Snow all around, treacherous ice on the paths, very cold water, and no crowds. Fingers become numb and lose their dexterity. Today, a drop of ice cold water snuck under my rain gear and trickled down my neck.

Fortunately, it became a surprisingly high-volume day. Some fish were reluctantly open to an offering. Here are some of my favorites: 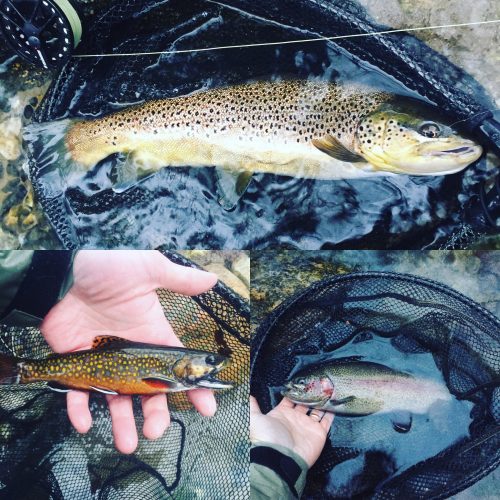 When I returned to the house, brownies were in the oven. Family members were wrapping gifts, and spirits were high. Two of our girls were singing.

Last night, we went out to dinner as a family. It was fun to see our children interact, joke around, and, at times, annoy each other. At one point, I shut my eyes and just listened and felt grateful for them.