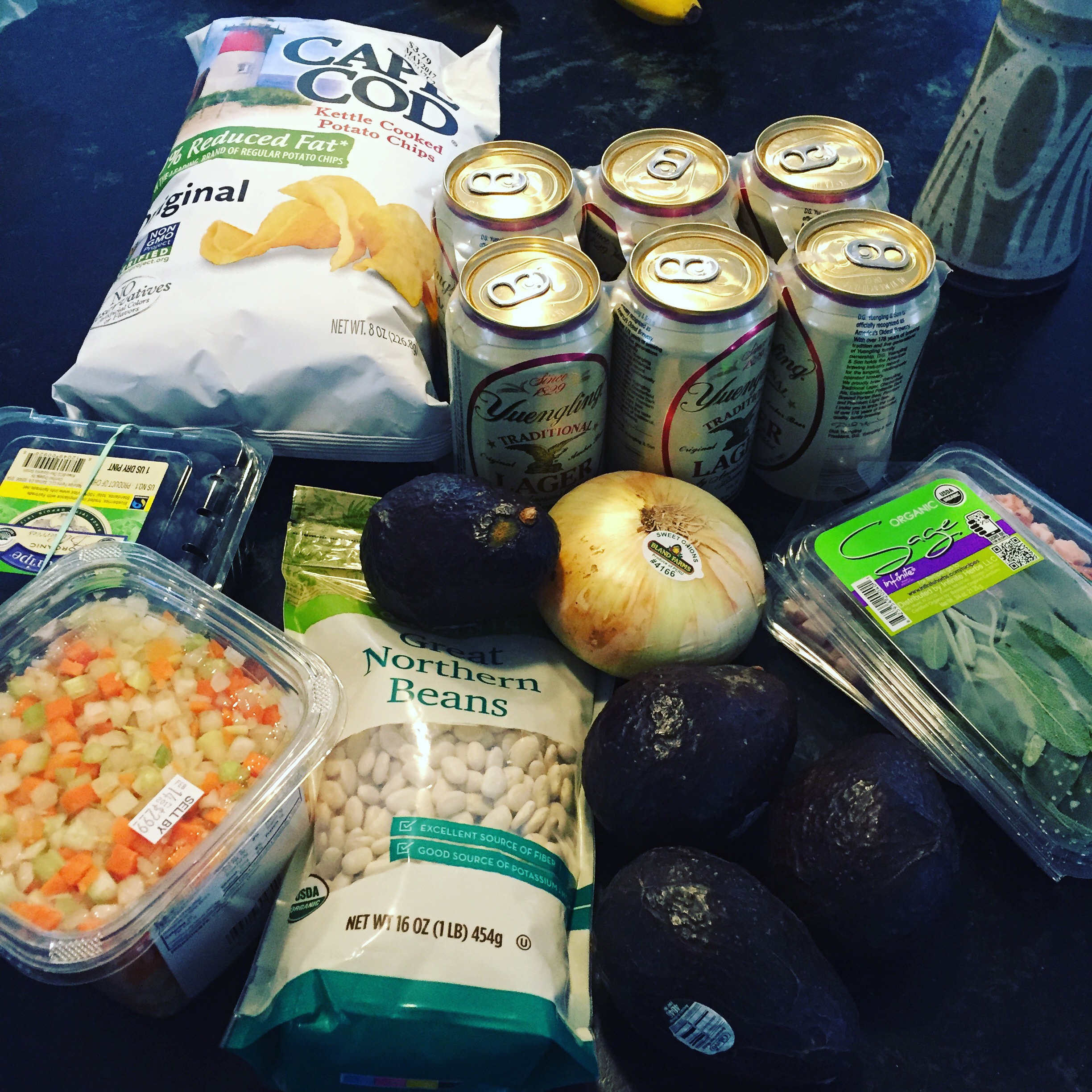 A major snowstorm today is shutting down the Northeast. I made it to the gym, grocery store and “packy” just before it really started to come down. I’ll be making some homemade guacamole for snacking and some slowly-cooked Tuscan beans with pancetta and sage for dinner.

And, I have time to write about immigration. The short answer is that policy should incorporate “both-and” thinking rather than “either-or.” And I’m at a loss regarding what to do about illegal immigration.

First up, I’m a naturalized US citizen, a patriot and someone who is very grateful for the opportunities I’ve been given. Indonesia was a hostile nation to those who are Chinese and Christian. So, we left with $1,500 and some suitcases for the Bronx, and, later, Brooklyn.

It wasn’t easy. My mother didn’t speak English. My sister and I encountered a lot of racism. But, we were better off than before.

Education was my ticket out. I still marvel at the quality of life my children have. I grew up with stories about how my aunts and uncles didn’t eat three meals a day and how they lost everything in one day and became war refugees.

So, I have a POV on immigration. It is two-fold:

Regarding the former, we have a dearth of STEM graduates from our colleges. The information economy is a major engine of growth and prosperity, and we need more human capital there. Immigration laws were restricted in the late-1960s precisely to let in more technical workers, as we were in an arms race and space race against the Soviet Union.

People who can make a living contribute to the economic engine of the country and have a higher chance of become more assimilated at a faster rate.

Canada for decades has pursued this strategy. They prioritize immigrants whom they think will add to the economy and who have the language skills to assimilate. The government is doing this with the key goal of promoting economic growth. Declining birth rates meant that they would not have the economic base to support an elderly population.

A youthful labor force is critical. Young workers spend money and take on credit to raise children, buy houses, etc. 70 percent of the US economy is consumer spending. It is the heart of our economic engine.

What happens if you don’t have young workers? You get today’s Japan, which has been in a multi-decade period of economic stagnation. You get Portugal, Italy, Spain and Greece, which has needed EU bailouts. You get what soon will be France, China, Germany and Russia.

So, it sounds cold, but economic growth needs to be a part of immigration policy.

Second, I think policy should also have room for compassion. People fleeing dangerous situations and need a safe harbor should also be considered. It is the human thing to do.

So, I hope our political system can articulate to its citizens that we are going to do both. There should be a quota system for legal immigrants and a clear articulation of the mix between the two cohorts.

Illegal immigration is a tougher issue for me to process. I have tried to get up to speed. Recently, for example, I listened to a This American Life podcast that stated that 80 percent of illegal entrants crossing the U.S.-Mexico, who are stopped, are released. They are scheduled for immigration court cases far down the road, and no-shows supposedly are common. These individuals disappear into the under-the-table cash economy. Particular interesting was the border police person, of Hispanic descent, who was interviewed in the podcast.

Honestly, I don’t have any good answers on this. El Salvador, for example, is a very dangerous place. How can the tragic stories and photos not elicit concern? What if the tables were turned, and it was my family and I fleeing a war zone in Syria?

But, how many immigrants can a country afford to take in a short time? How can we deal with many school systems already stretched financially to accomodate illegal immigrants? We have a national policy greatly affecting local budgets and populations. It is a bit like free trade. The benefits are diffused but the costs are concentrated.

So, I’m hoping some of you can share your thoughts on illegal immigration and what to do.