On Wednesday night, we lost power and awoke to a cold and dark house. 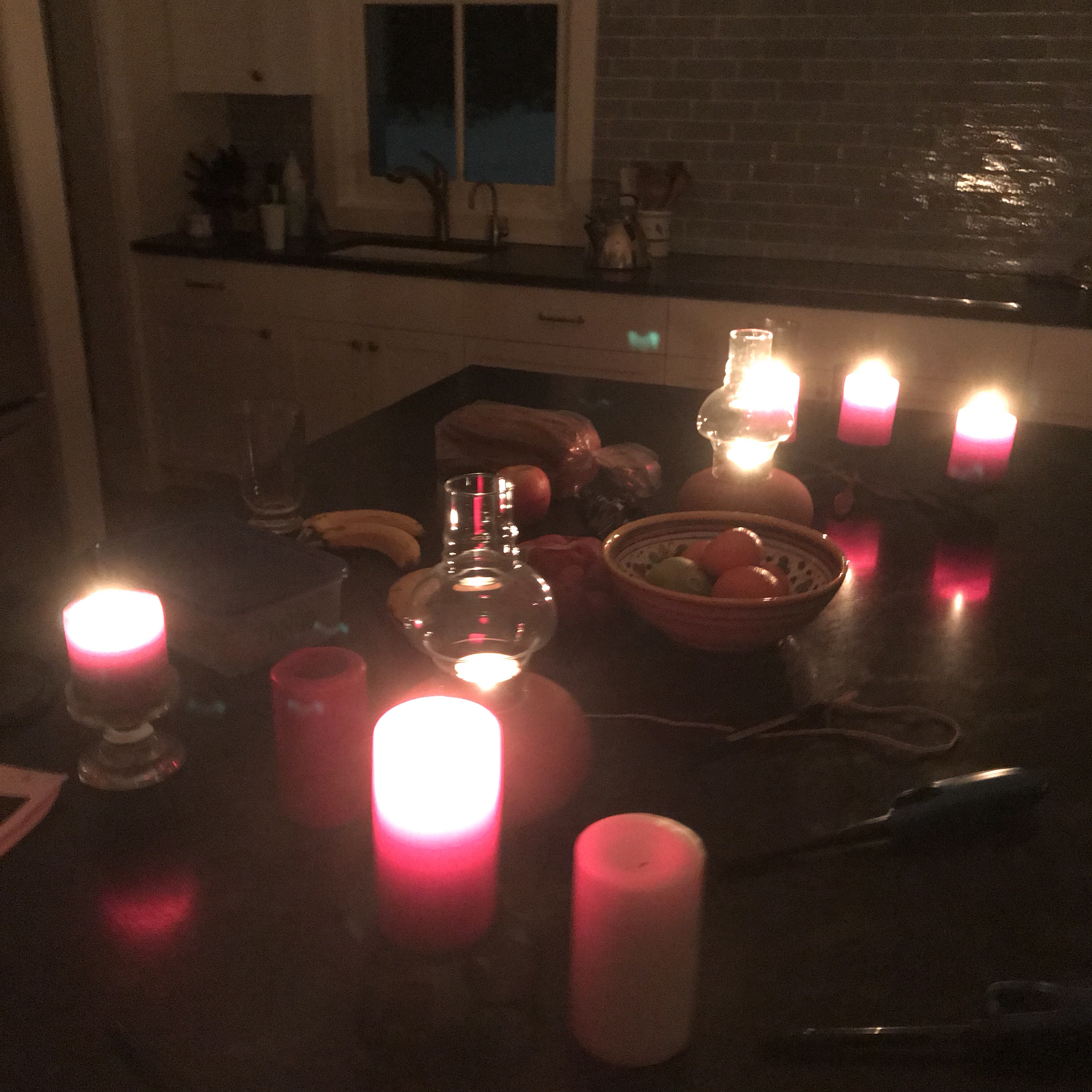 Mounds of snow were everywhere outside after the winter storm.

Our entire road also was dark and quiet as a large tree at the end of block had fallen and disrupted a power cable for many houses.

To boot, the office building was closed, and school was cancelled.

There’s nothing like the deprivation of basic needs to get parents jumping into action.

I fired up the fireplace. It was easy. It is an enclosed unit, very wide and fueled with natural gas. It did a great job of warming up a chunk of the house.

One of the children and I cherry-picked items from the fridge and put them in coolers outside. I gathered devices and charged them while I went to the gym, which surprisingly was open. Fallen limbs and trees were everywhere, blocking some roads and creating tangles of detritus.

Our children were in good spirits. And, we just made do. No hot water, no microwave or oven, no dishwasher, and no phones or computers. The garage doors were opened by hand. No music, no streaming. For me, no iPad books, magazines or newspapers. A cold shower was bracing.

We weren’t sure for how long the power would be out, and so, we hunkered down and minimized using our phones.

I scrounged around for old flashlights and batteries. My running joke of the day: “This is just how Laura Ingalls lived!” One of the kids would retort jokingly that the Ingalls family had it better.

We went out for dinner, and many families were there in the same situation: grateful for light, heat and warm food.

When the sun set and it was pitch black at 6:30 pm, I lit a bunch of candles, and we read in front of the fireplace. Everyone turned in very early, but, it felt late.

Then, there was the rumbling sound of a big truck coming down the road. I went back downstairs. A large crew of repairmen came out, flashlights in hand and walkie talkies set to very, very loud.

I watched them work for a while. Eventually, I also turned in.

I awoke early this morning and saw an alarm clock flashing. The power was back, and 3 am seemed like a good time to retrieve the food from the coolers. Sadly, the ice cream was too soft to save.

So, our electricity fast is over. It was exciting while it lasted and made for a memorable 24 hours.

It really struck me how our lives are very much reliant on power and smart phones, almost too much so.

It was nice to live a different kind of life, a deeper kind of Sabbath, even for just one day.