“That was a great diligence trip,” Todd Brennan said. 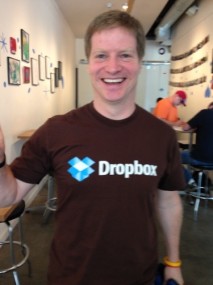 Todd co-founded Bit9, which later became Carbon Black. We were speaking the day of the Carbon Black IPO and marveled at its Day One $1.6 billion market cap.

He and I stopped our direct involvement with the company years ago, but we continue to stay in steady touch.

Todd was referring to a trip he and I took to NYC. I was intrigued by the Bit9 pitch but got a lot of tough questions during due diligence.

Honestly, the questions were legitimate. Bit9 was building a revolutionary new way to defend devices from sophisticated hacks. Back then, though, there didn’t seem to be any.

I know that sounds hard to believe. But, this was in 2004, before TJ Maxx, Sony, Experian, Iran’s nuclear centrifuges, etc. (notice the dates on this list) were hacked.

Todd was very plugged into what nefarious hackers were doing. He shared with me that there were massive efforts by organized crime and nation-states to build huge databases of people’s log-in credentials, Social Security numbers and other personal information.

“Trust me,” he said. “There will be some massive breaches.”

I wanted to believe Todd. I really did. I knew of his commitment. He and his founders had seeded the company themselves and with a NIST grant. They were incubating themselves at disheveled digs at a recruiter’s office. I liked the scrappiness.

But, I was asked to do more work.

So, I set up meetings for him to pitch security experts at Goldman Sachs, Morgan Stanley, Merrill Lynch, MMC and Putnam. Plus, I wanted to get to know him better because, well, Todd can be quirky (more on the topic below).

The feedback was positive (later, Putnam became an early customer). And, I liked hanging out with Todd. He was a great ambassador for the company.

We also had some fun laughs, such as when we had Sabrett hot dogs from a cart at 10 am. I had one. Todd had two and would have kept going if we weren’t running to a meeting. That guy can really eat.

So, I pushed really hard to recommend the investment. I felt they were ready for a first institutional round.

My thinking was that the company was early to market, but if they could keep the burn rate low, which Todd and then-CEO George Kassabgi did, they could buy time.

I was asked to leave the Board years later when I started Kepha. But, George and Todd had by that time done a great job of showing market traction and securing a B round from Ted Schlein at Kleiner Perkins. So, I felt they had built a good foundation.

This all sounds easy. It isn’t. I’ve been involved with companies where timing worked out. I’ve also been involved in situations where markets never truly developed.

It is very hard to know where you are on a market development curve until after the fact. It is forgotten history now, but Google, for example, struggled for many years to find a business model. In the end, they mimicked GoTo.com’s.

But, I do know this. Early on, you need a Founder with technical vision and the ability to recruit outstanding founding engineers, who can build sophisticated technology with minimal capital.

Todd’s track record (Okena, Bit9/Carbon Black, Dropbox) reveals that he has unique ability. He pushes the technical envelope, and really good founding engineers want to work with him.

I’ve learned that the best new ideas come from creative, driven and unconventional people. In fact, they’re quirky. They’re not mainstream people. They run away when things feel too corporate.

And, that is why early-stage VCs must at all times keep an open mind to quirky people and contrarian ideas. Quirks rule, if you want to do early-stage VC. For growth-equity VC, you can wait for, and, rely on, the numbers.

I think those are two very different businesses that require different staffing, compensation, company culture and governance. At Kepha, we are geared to focus on venture building.

One thought on “Market Timing and Quirks Rule”